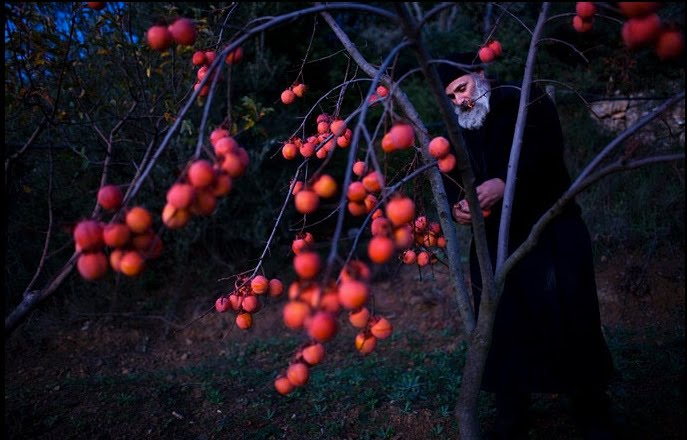 Photo © National Geographic/Travis Dove -All Rights Reserved
Travis Dove interned on the photo staffs of several American newspapers including The Boston Globe and The Charlotte Observer, and was named the 2007 College Photographer of the Year by the Missouri School of Journalism. He also completed a prestigious photo internship at National Geographic Magazine.

His work has been awarded by World Press Photo, POYi, PDN, the NPPA, and the WHNPA, among others. In the fall of 2008, and appeared in the National Geographic, The New York Times, and the Wall Street Journal, amongst many others.

I loved his photo essay The Holy Mountain made amongst the monks in Mount Athos, the spiritual center of the Eastern Orthodox Church. Mount Athos is a mountain on the peninsula of the same name in Macedonia, of northern Greece. It was established more than 1,000 years ago. Though land-linked, it's only accessible by boat. It's also home to communities of Christian hermits who follow a monastic rule, allowing them to worship in comparative solitude, while also affording them a level of mutual practical support and security.

Excellent work by Travis Dove!
Posted by bella at 5:39 AM