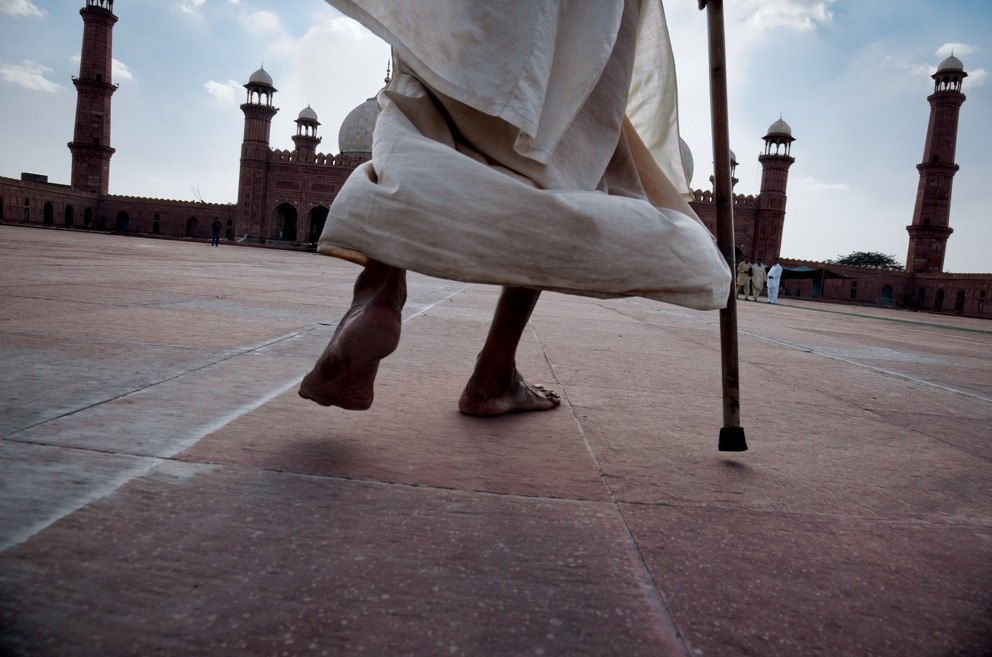 Photo © Ed Kashi/National Geographic-All Rights Reserved
Apart from joining the agency VII, Ed Kashi was also featured on NPR's The Picture Show in a piece titled On Photographing Pakistan. He also has more of his photographs on the National Geographic blog.

Ed Kashi's objectives were to show how the people of Punjab live, and how millions of Pakistanis just try to live their lives despite the threat of religious fundamentalism, especially as it's also home to the peaceful sect of Sufism.

I had the pleasure of meeting a number of young Pakistani women photographers at the Foundry Photojournalism Workshop in Istanbul just last week or so, and I was amazed at how they just lived their lives to the fullest, worked and crafting their impressive body of work seemingly unperturbed by the events that get reported in our mainstream media.

The above photograph was made at the mosque of Badshahi in Lahore, which is the second largest mosque in South Asia and the fifth largest in the world. The way Ed Kashi photographed the scene by slightly tilting the camera seems to be giving motion to the barefooted man and his cane. Nicely thought out and it gives a different perspective to the mosque which must've been photographed countless times.
Posted by bella at 2:33 AM