POV: I Don't Kneel To A Golden Calf 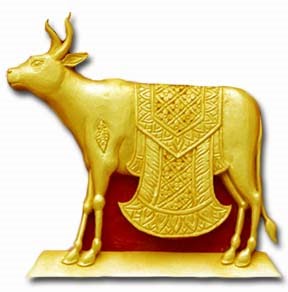 A few days ago, I posted an opinion piece (or POV) on a renowned photographer about to engage in a project which I deemed unrelated to his travel documentary specialty.

As a consequence, I was criticized by a half dozen people in the blogosphere who, perhaps having misread the gist of my opinion, disparaged my photography, my prior career, my being Egyptian-born (as if that made me unfit to speak my mind), etc. Bah.

I was reminded of Jean-Jacques Rousseau who said: "Gratitude is a duty which ought to be paid, but which none have a right to expect" when I noticed some of the disparaging remarks on that blog were made by the very same people whose photographic work was frequently lauded, applauded and supported on my blog. Double Bah.

I don't know for sure why these people resorted to abusive ad hominem, but one of my guesses (and I have a few) is that they sought to get back at me for not being a lemming, for being an iconoclast of sorts, for not sharing their "gods", golden calves and icons, or to force me into a mold of their choosing. People simply don't like people who are not like them and don't act like they do...it's small-minded tribalism.

So move on boys and girls...I don't need you to tell me what to think and say, nor do I kneel to your golden calves. Get it?

Just so we're clear: A few expressed their disagreement with my view, but did not resort to insults. To those, I say thank you for your point of view...and let's agree to disagree.
Posted by bella at 3:03 AM