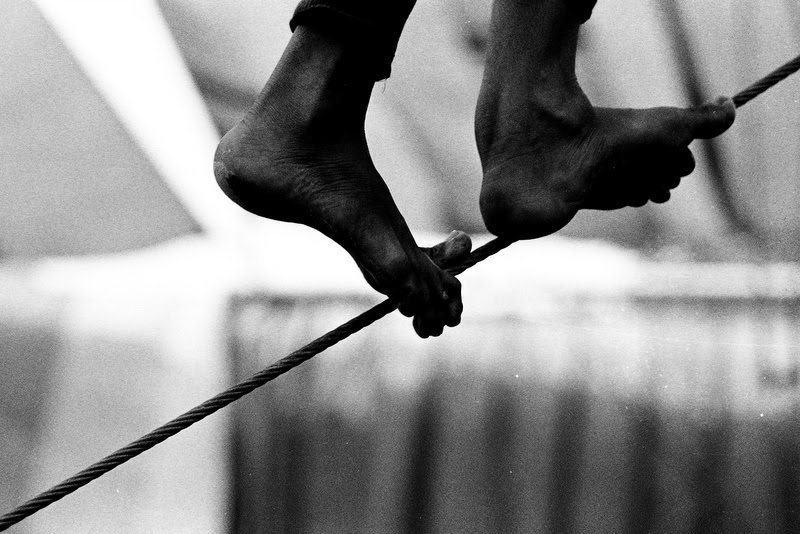 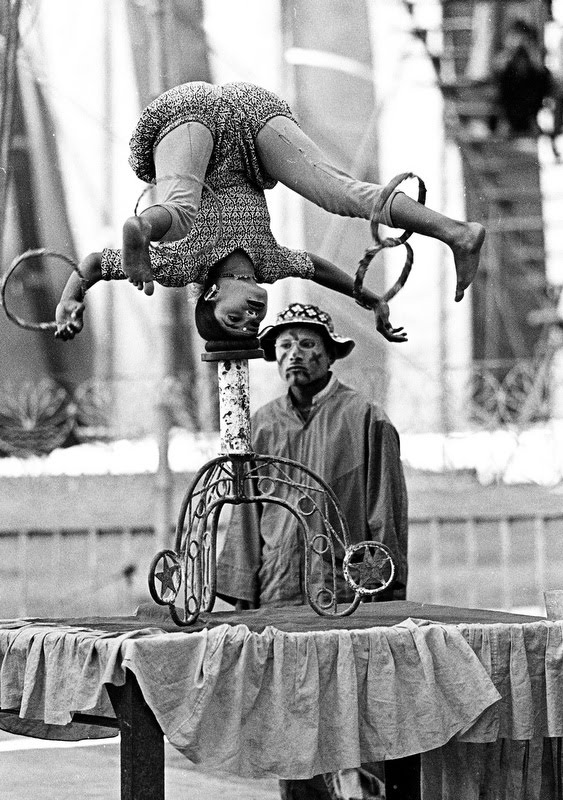 Whilst attending my Introduction To Multimedia class at the Foundry Photojournalism Workshop (Istanbul), Pierre Claquin divulged that he had been a photographer at the age of 16 through a younger brother who owned a Foca camera and let him use it. Matters progressed, and Pierre graduated to an Asahi Pentax Spotmatic, then a Nikkormat...and he stayed with Nikon ever since.

Pierre also divulged that he had produced a photographic book titled Surviving Dreams: The Struggling Circuses of Bangladesh, which documents the few remaining circuses in that country. Very few remain, struggling against bureaucracy, corruption, prejudice and financial difficulties. The book, of some 158 pages of which about 120 are black & white photographs, examines the origin and history of the circus in Bangladesh, as well as the realities of the performers' lives.

As to his choice of black & white, Pierre says" "I used black and white film for this project because, especially in the case of circuses, it is very easy to be distracted by colors."

I enjoyed the book immensely, and you can buy the book Surviving Dreams by contacting Pierre Claquin by email: lalbandor at aol dot com
Posted by bella at 2:38 AM