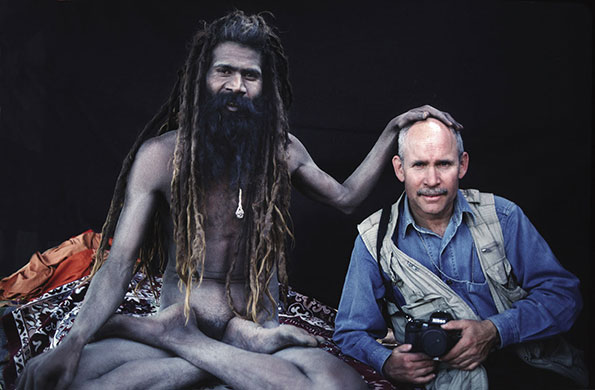 Photo Courtesy The Guardian -All Rights Reserved
I was saddened by reading an interview with Steve McCurry recently published in The Guardian in which he shares the news that he's preparing a project in which he would be taking portraits of 30 celebrities in their home cities: Robert De Niro and Martin Scorsese in New York, Amitabh Bachan in Mumbai. A sort of project that Annie Leibowitz would do...but Steve McCurry? C'mon!

I was also saddened to read that McCurry would be setting the shots, and choreographing the image-taking...the Leibowitz's style. While I'm told by various participants on his photo trips that he frequently stages scenes during his workshops, photographing celebrities requires a different type of discipline, and a different type of mind-set....and is not one hard core travel photographers would be stylistically and intellectually willing to do. Maybe I'm too idealistic?

Naturally, this project will be financially rewarding for McCurry and I wish him the best of luck with it....however, I can't help but feel a twinge of regret (and sadness, as I said twice already) that we are witnessing the dimming of a star.

After all, McCurry is one of the pioneers of travel photography and is an inspiration to many who follow his style....and to read of this new project is an uncomfortable reminder that things are changing in this industry, and that photographers (whether involved in travel, documentary and editorial) need to be sharp, varied and inventive. Resting on one's laurels is always a fatal mistake, and this is especially true in this tumultuous industry.

A photojournalist presented a body of work during the Foundry Workshop in Istanbul, but the consensus was that it was old and passe...and not relevant to the present day and age...photographers or photojournalists clinging to their past are like people breathlessly running after a Third World public bus on a pot-holed road, with young passengers hanging like a bunch of grapes from its doors and windows....and no available toe-holds in sight.

So let's be smart....let's learn multimedia, Final Cut, Adobe Premiere, Soundslides...audio techniques...learn DSLR videography....let's use Twitter & Facebook intelligently...do anything to find a toe-hold. If not, we'll be left inhaling exhaust fumes and waiting for celebrities to show up (if we're lucky).
Posted by bella at 3:04 AM