POV: Robert Fisk Is A Mensch 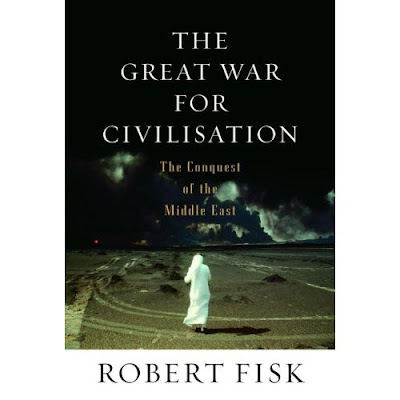 What does Robert Fisk of The Independent have to do with photography? Probably nothing, but he's a mensch, which in Yiddish means "a person of integrity".

And why do I think that? Well, it's about his opinion piece on Octavia Nasr of CNN (or I should say, previously of CNN) and the British ambassador to Beirut, Frances Guy (still at her post, as far as I know).

Here's a quotation from this opinion piece published in The Independent of July 17, 2010:

"I loved the "controversial" bit – the usual "fuck you" word for anyone you want to praise without incurring the wrath of, well, you know who. The Foreign Office itself took down poor Ms Guy's blogapop on old Fadlallah, thus proving – as Arab journalists leapt to point out this week – that while Britain proclaims the virtues of democracy and the free press to the grovelling newspaper owners and grotty emirs of the Middle East, it is the first to grovel when anything might offend you know who."

Read it. And if you're interested in the Middle East, and why we are where we are now, you may want to read his incomparable The Great War For Civilization.

I am amazed at the number of younger photojournalists/photographers who "parachute" into Iraq and Afghanistan with only a rudimentary knowledge of history, and who tell me that after having 5 cups of tea with an Afghan family, they "understand" the culture.

This book has all they need to know and will set them straight...alas, it's a thick volume, so I'm not holding my breath.
Posted by bella at 2:15 AM