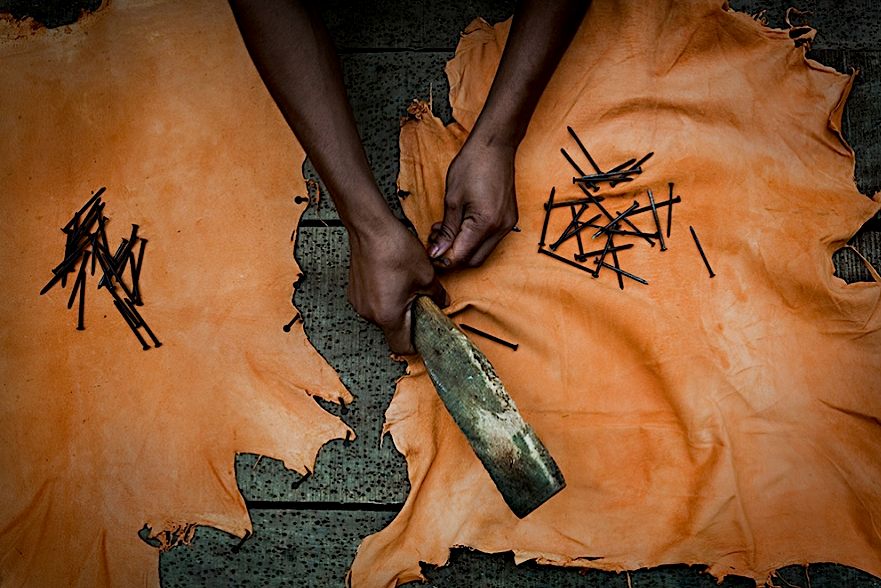 Photo © Amy Johansson-All Rights Reserved
Amy Johansson is a Swedish photographer, who's currently about to move from her Bangladesh base to attend an international photojournalism course at the Danish School of Media and Journalism . After completing a degree in fashion design, Amy worked as a designer for several years, until moving to Dhaka as a product developer.

Upon her taking up photography, she rapidly won awards and has been represented in numerous galleries and exhibitions, such as the Taylor Wessing Photographic Portrait exhibition at the London National Portrait Gallery in 2009.

Amy attended the Foundry Photojournalism Workshop last year in Manali (India) where she won the emerging photojournalist award, and also attended it in Istanbul two weeks ago.

She recently co-produced an audio slideshow titled Lethal Leather on that industry in Bangladesh, its medieval conditions and its lethal toxic consequences on its workers. It's a joint project between her and journalist Gabrielle Jönsson.
Posted by bella at 4:52 AM