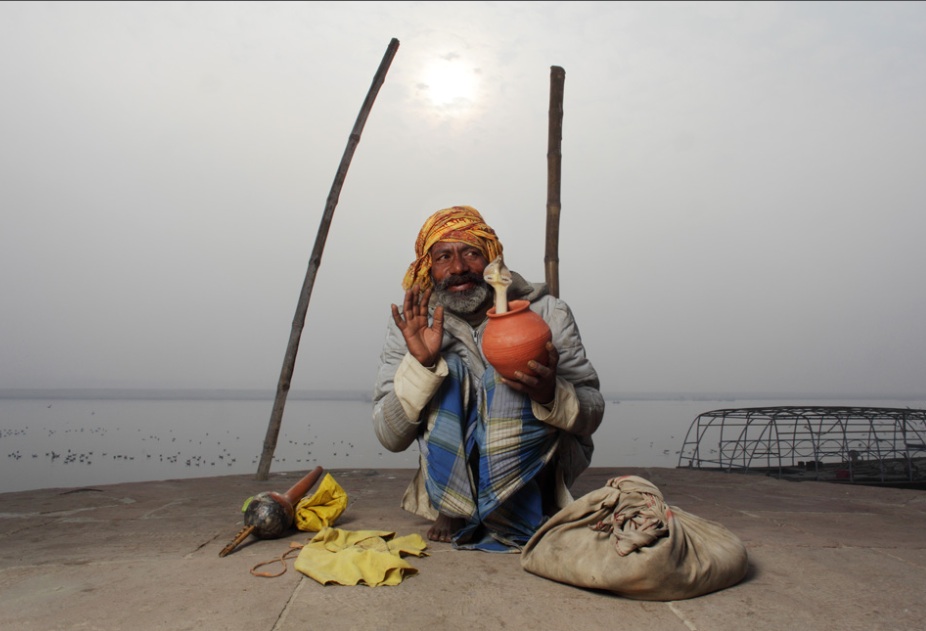 Photo © Toby Morris -All Rights Reserved
Toby Morris is a photographer based in Los Angeles and New York. Having attended the Art Institute of Chicago and the University of Texas at Austin, he worked for various newspapers in Chicago, New York, New Hampshire and Connecticut.

I liked his environmental portraits of animal charmers in India. These are mostly of snake (cobra) handlers, as well as monkeys. Snake charming probably originated in India, especially that Hinduism holds snakes to be sacred. Indians also considered snake charmers to be holy men and traditional healers.

In India, the Kalbelia and Sapera are nomadic tribes nomadic that specialize in snake charming, and are clustered in the Thar Desert of Rajasthan.

As for monkeys, one of the most popular Hindu gods is Hanuman, who is said to be an incarnation of Shiva, and revered for his bravery, strength, loyalty, devotion, and dedication to justice. The monkey handlers are called "madaris", and are frequently seen at festivals and on the Indian roads.

I am repulsed by the exploitation of animals, but I also realize that snake charming and having monkeys perform silly tricks are activities that support many families in countries like India.

via Extrajection's Twitter page.
Posted by bella at 2:41 AM