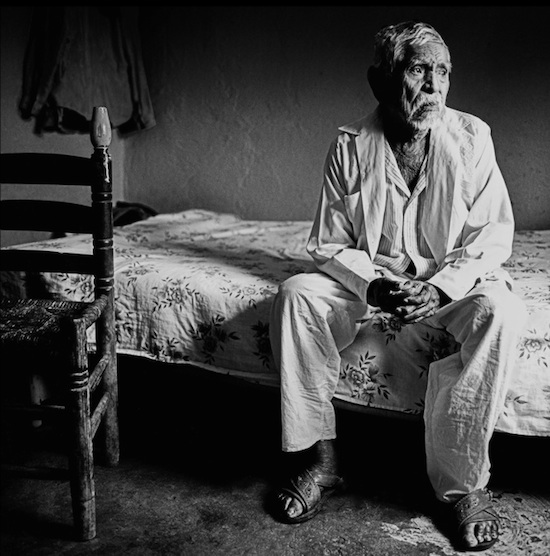 Photo © Jon Bertelli -All Rights Reserved
Jon Bertelli is an international photographer, who currently resides in Vancouver, British Columbia, but was raised in Florence and academically trained in the visual arts there and in Oslo.

He lived in Mexico in the late nineties, and documented the last surviving Zapatista fighters; the veterans of the 1910-20 Mexican Revolution of the South, led by the famed (and feared) Emiliano Zapata. While Pancho Villa's revolution was concentrated in the north of the country, Zapata and his insurgents represented the south.

Jon photographed the surviving insurgents; most of which were over 100 years old. These were idealistic men and women who sacrificed their well-being and lives to follow Zapata. Many were decorated as war heroes by the Mexican government, and some have been recognized internationally for their bravery.

You have the choice of seeing Jon's The Last of the Zapatistas on his website, or on FOTO8 where his portraits have been made into an audio-sideshow.

The audio track used is La Soldadera by Garcia-Pujol and Jimenez. While it's a beautiful and appropriately evocative piece, imagine if the audio of the elderly Zapatistas' voices, telling us a bit of their exploits, was also included!!
Posted by bella at 6:12 AM