Many of us who like using and cooking with an open fire, try to avoid stoves as much as possible. That however, is not always an option as not all areas allow fires year round. For others, turning your pots black from campfire smoke is just not an option, nor is spending the time to make a fire. For those situations, a backpacking stove is highly desirable.

A stove of course can be a large investment, both financially, and from a weight stand point. The decision often requires a lot of thought and involves many factors. I will provide a brief overview of the most practical types of stoves on the market today in an attempt to maybe aid in that decision.

These type of stove design has been around for a 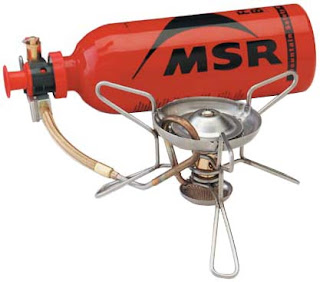 very long time in one form or another. These stoves use a liquid fuel which is then vaporized by preheating the stove to provide the burner flame. They are easy to refill, in that after a trip you can simply open the fuel container and top it off. The fuel is cheap and easily available, and there are a number of models which can run on multiple fuels. These types of stoves can function at extremely cold temperatures and high altitudes, and they have a very high heat output ratio if you need to melt snow, or cook for a lot of people. That is why some of the variants are used by the US Army as squad level stoves. The down side is that they are fairly heavy, ranging anywhere from 8.5 oz to 15 oz and they can be more difficult to operate, providing only limited flame control. Leading manufacturers of petrol stoves include MSR, Primus, Coleman, and Optimus.

These stoves use a pressurized gas, stored in a 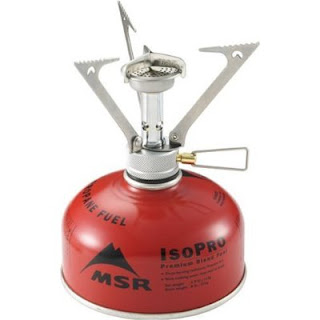 canister. The stove usually screws on top of the canister, although there are models where the canister sits tot he side of the stove. They are the closest thing you will find in operation to your home stove burners. All you have to do is turn the knob, and light it. The flame can be regulated just by adjusting the knob. They are easy to use, and fairly light weight, as low as 5 oz for canister mounted models and 7 oz for remote canister models. The downside is that the canisters can not be refilled at home. Most times you will have to carry an extra canister because you don’t know how much fuel you have left. The canister mounted models can not use a windscreen, which can significantly decrease performance in windy conditions. Additionally, these stoves are not ideal for cold weather as the fuel liquefies and does not light. Leading manufacturers of canister stoves include MSR, Primus, Snow Peak, and Coleman.

There are several commercially available stoves 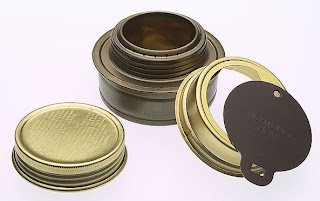 that work on denatured alcohol (ethanol) or methyl alcohol. Keep in mind, this is not rubbing alcohol, but can be found in hardware stores and gas stations. There are also many home made variations. These stoves are generally very easy to operate. Some models are nothing more than an open container in which you pour the fuel. Because of their simplicity, they are durable and cheap. The downside is that there is very little control over the stoves. With many models the method of turning them off is to wait for the alcohol to burn out. They also have fairly low heat output, which makes them impractical for more substantial cooking. They do not function well in cold weather, facing the same problem as the canister stoves. Leading manufacturers of alcohol stoves include Trangia, Brasslite and Mini Bull Design. 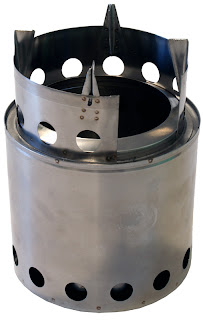 Wood stoves are exactly what you would expect. They use wood as a fuel. There are several models on the market. Some of them use a fan to blow air into the stove, while others rely on the design itself to funnel air. The main advantage of these stoves is that you can get the fuel in the wilderness. The down sides are that in many areas where fires are not allowed, wood burning stoves will also be prohibited. They also tend to be bulkier than other stove designs and require good fire lighting techniques to start. Leading models of wood burning stoves are BushBudy and Sierra Stove.

This is just a brief overview of the different stove designs on the market. There are many different variations and nuances, which require a more in debt analysis. Perhaps at a later date I will discuss in more detain each stove type and different models available.

There are also other heating devices such as solid fuel tabs, solar ovens and chemical heaters, and while thay may be sufficient to heat small amounts of water, or warm up your food, they lack the versatility and usefulness of the above models.
Posted by bella at 1:36 PM