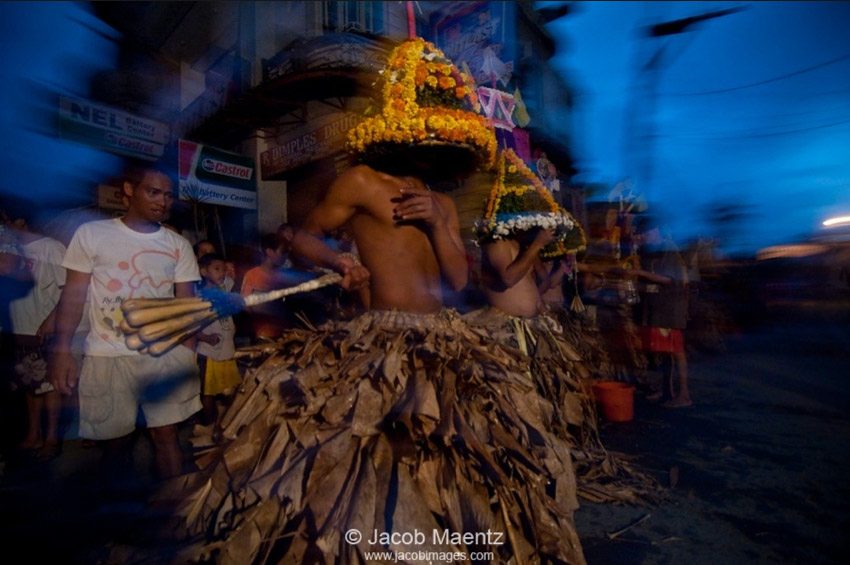 Photo © Jacob Maentz-All Rights Reserved
I've been terribly remiss in covering the Philippines on this blog, but Jacob Maentz's fine work on this Asian nation will go a long way to rectify this.

Originally from the United States, Jacob is based in the Philippines from where he does considerable amounts of travel, working on freelance assignments and shooting stock photography. His travels to Latin America whilst in college is where he discovered his passion for the camera. He was brought to the Philippines in 2003 when he joined the United States Peace Corps and has found himself repeatedly drawn back to this part of the world since then.

Most of his galleries are of the Philippines, and I chose to feature the very interesting Infanta Penitents here.

Jacob writes that "Self flagellation practices were adopted by Filipinos during their Spanish colonization almost 500 years ago. Flagellants are practitioners of an extreme form of mortification of their own flesh by whipping it with various instruments. Today, you can still see some Christians practicing flagellation in the Philippines as a form of devout worship and personal sacrifice, sometimes in addition to self-crucifixion. In the Philippine province of Quezon there are still a number of men who wear elaborate costumes while preforming their act of self flagellation."

When you've looked the Infanta Penitents, continue exploring Jacob's galleries. I did, and learned much about the cultural wealth of the Philippines.
Posted by bella at 2:32 AM