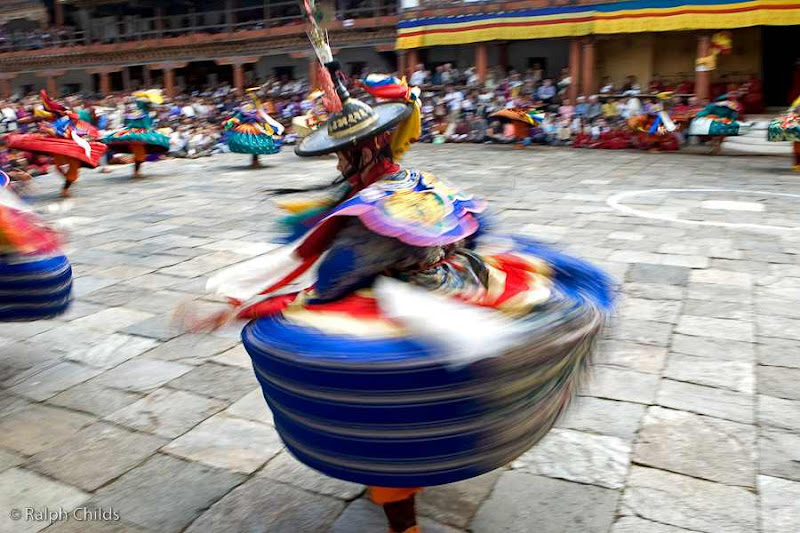 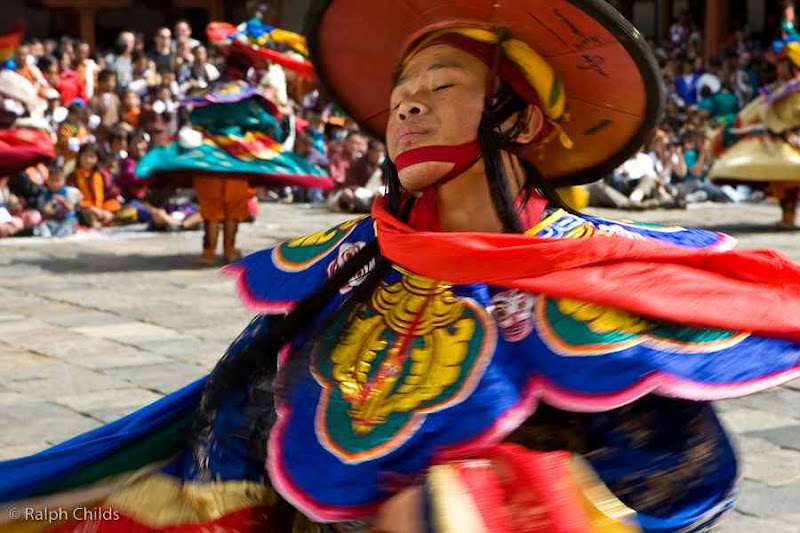 Photo © Ralph N. Childs-All Rights Reserved
I will be leading the Bhutan: Land Of Druk Yul photo expedition in the coming few weeks, and thought it would be appropriate to usher in its final preparation phase by featuring some of the work by the talented participants who joined the 2008 expedition.

Here are two photographs by Chicago-based Ralph Childs who maintains the blog RNC Photography. Both images are of performers at the famed festivals known as tsechus; which are annual religious Bhutanese festivals held in each district of Bhutan during specific days of the lunar Tibetan calendar. I chose these photographs because of their colors and motion.

Ralph works for one of the largest American aerospace and defense technology company, and also photographs local assignments during week-ends. His first photo-expedition with me was to Angkor Wat in early 2006, and he has been on quite a few since. He's constantly tempted to acquire new photographic gear, and bounces off some of his ideas off me. I try to temper his enthusiasm for new cameras and lenses, but fail miserably most of the time.

He thought of joining the forthcoming 2009 Bhutan photo-expedition, but work demands precluded him from visiting Bhutan three years in a row! There's always next year, Ralph!
Posted by bella at 2:50 AM