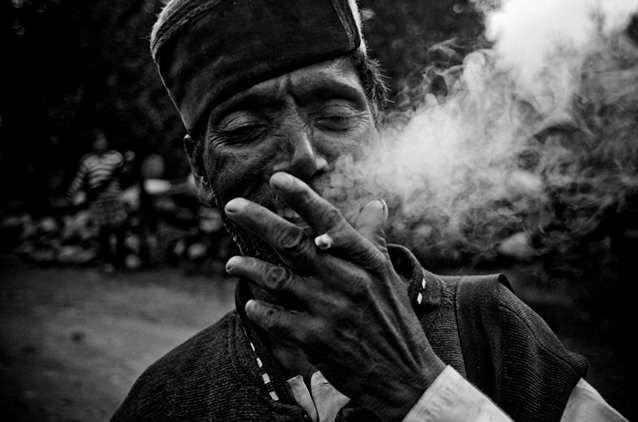 Photo © Rahman Roslan-All Rights Reserved
Rahman Roslan is a freelance photojournalist and documentary photographer based in Kuala Lumpur, whose specialty is in news and documentary photography. A self-taught photographer, he started his craft a few years ago, and quickly gained recognition for his talents. His work was published in E9 magazine, The National UAE, Sutra Magazine, The New Internationalist, Berita Harian Singapore, Strait Times Singapore, and UNESCO Korea amongst others, as well as freelancing for wire agencies such as AFP and Reuters in Kuala Lumpur.

He is one of the alum of the Angkor Photography Festival, and won the emerging talent award at the 2009 Foundry Photojournalism Workshop which was held in Manali, for his work on the effects of marijuana trade on the local community.

His award-winning project is Dark Secrets, which documents the effects of marijuana trade on this idyllic area of Himachal Pradesh. Marijuana grows in the wild in Manali, and its exploitation is earning unscrupulous locals considerable return, but damages the fabric of Manali's traditional society.
Posted by bella at 3:50 AM