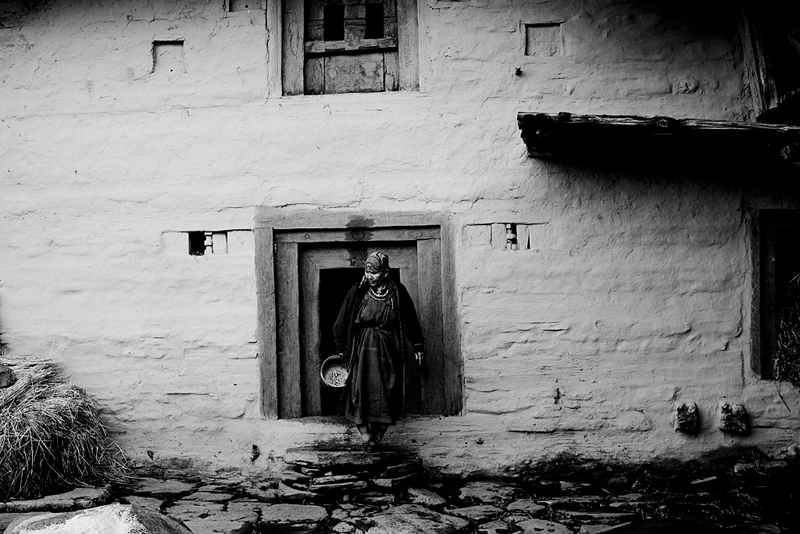 Photo © David Hagerman-All Rights Reserved
David Hagerman attended the Foundry Photojournalism Workshop in Manali, but I only met him during the final evening during which all participants showcased their projects. Most participants were extremely busy working on their projects and, apart from a chance encounter on the streets, they found it difficult to meet other participants in other classes....so networking was most active during these social events.

We had a couple of conversations between the presentations, and while exchanging complaints (and business cards) about the warm Kingfisher beers in our hands, I discovered that he lives and works in Kuala Lumpur, Malaysia where, with freelance writer Robyn Eckhardt, produces the well-known EatingAsia blog, which is mainly about Asian food and the people who produce and cook it, and Asian culinary cultures and food traditions. They couldn't have chosen a better city to write and document Asian food.

David is also a travel photographer...his galleries on his website are of food, people and places. I liked how his lovely images are displayed in large sizes without the need of using any form of navigation. One just opens his website and waits...the images will appear in succession.

David lived in Asia for over 13 years, and his images have appeared in publications such as The Wall Street Journal Asia, Saveur, Budget Travel, Travel & Leisure SEA, The Chicago Tribune, South China Morning Post, Time Out KL, and Lonely Planet guidebooks. Naturally, he has a blog titled SkyBlueSky, which I encourage you to visit.

The above black & white photograph is of a stone house in old Manali, and appears on his blog.
Posted by bella at 1:44 AM