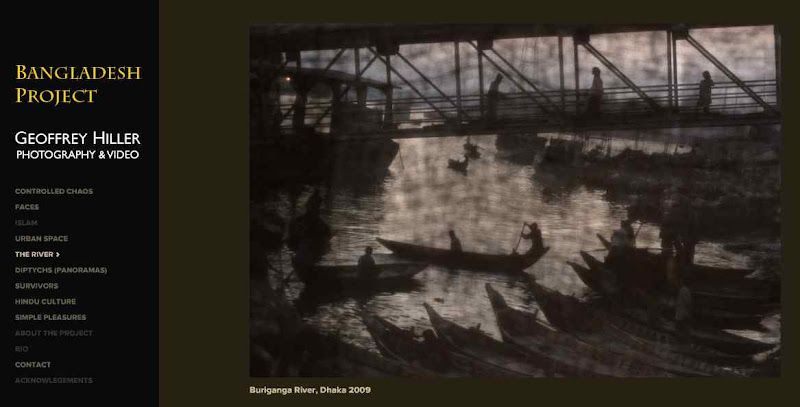 Geoffrey Hiller is an award winning multimedia artist, a teacher of interactive media, a photographer and the editor of Verve Photo, which he describes as having showcased the work of close to 300 photographers. However, he returns to this blog's pages for his The Bangladesh Project.

Geoffrey has lived and taught in Dhaka from August 2008 to May 2009 on a Fulbright Scholarship, teaching interactive media, and has now published a dedicated website for his The Bangladesh Project in which he showcases a number of photographic galleries such as Faces, Islam, The River, Hindu Culture, to name but a few, of images made in this photogenic and magnetic country. Geoffrey and his students have been photographing everywhere in Dhaka...in the streets, on constructions sites, in markets, in madrasas, trying to capture the essence of this city of 15 million people.

Personally, I think he succeeded. I also hope that Geoffrey will be producing a multimedia feature based on this project.
Posted by bella at 3:34 AM