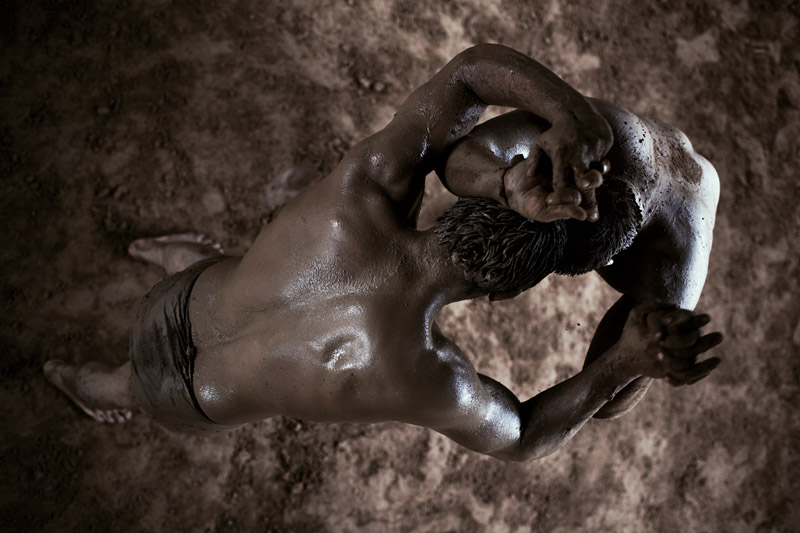 Photo © Bas Uterwijk-All Rights Reserved
Bas Uterwijk is a Dutch photojournalist, is an alum of the Foundry Photojournalism Workshops in Mexico City and Manali (India) and, while in Delhi, photographed Kushti wrestling. He is now a full time photojournalist, having been a computer graphics artist for a video game company.

Kushti is one of India's indigenous forms of wrestling, but from a royal spectacle has slowly turned into a dying form of sport, but recent efforts are being exerted to revive it. It's also practiced in Pakistan and Iran, and with some differences in Turkey.

Its practitioners have to adopt a rigorous daily regimen consisting of aerobic and weight exercises; nourishing the soil at the akhara where they wrestle, and eating a diet made of non-spicy, self-made food, and also adhering to a life of celibacy. The sand on which the Kushti wrestlers perform their sport is "fed" with ghee and mustard oil, and represents Mother India itself.

Bas has been featured a number of times on TTP.
Posted by bella at 4:12 AM