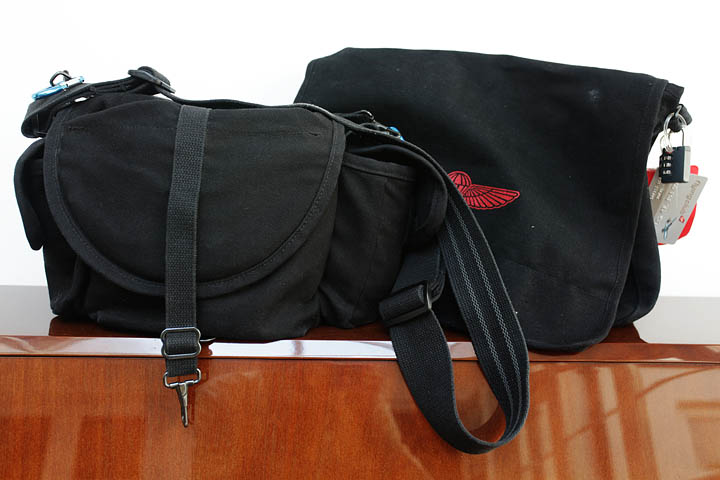 Readers of this blog will perhaps recall my pre departure post in which I agonized over which camera bag I would take with me to the Foundry Photojournalism Workshop in distant Manali. I eventually chose to take my delightfully small (but capacious) Domke F-8 and an IDF Messenger Bag, which I combined into a single (sort of) carry-on by using a couple of carabiners.

In fact, Steven Frischling of the Flying With Fish blog has written an interesting article about combining two bags to create a single carry on for photographers who fly, which is based on the same concept.

The combination of the Domke F-8 and the IDF Messenger Bag worked perfectly, especially for the marathon bus drives from Delhi to Manali and back.

The above was about functionality, but let's address the element of style. 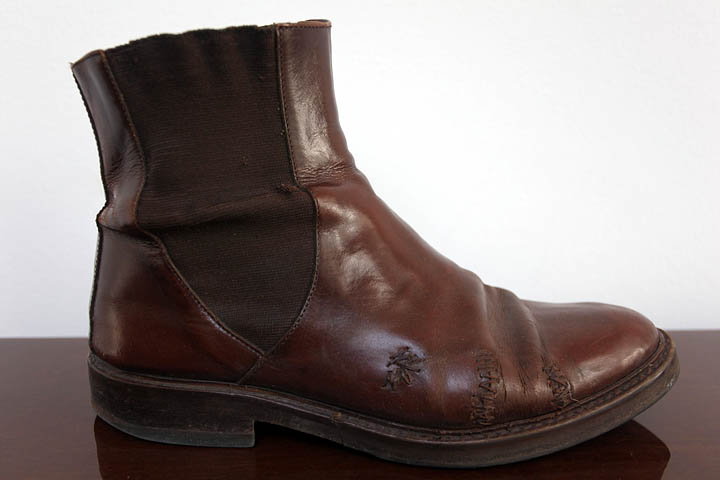 Style to photographers and photojournalists (especially the latter) is very important. Excluding the scarf, which is a must accessory for every self-respecting photographer, what one wears on his/her feet is key to the overall personae.

Hence, my Chelsea boots which -as seen above- may have seen better days some 20 years ago, got an unexpected face-lift when I found an obliging cobbler near the bus-stand in Manali, who stitched all of its tears in a matter of a few minutes and for the princely sum of Rs 40 (less than $1). In London or New York, I would have paid the equivalent of a monthly mortgage payment to have them fixed up.

Having watched how well the Manali cobbler stitched them up, I would wager that he added another 20 years to the boots' lifespan. I'll let you know.
Posted by bella at 7:29 AM