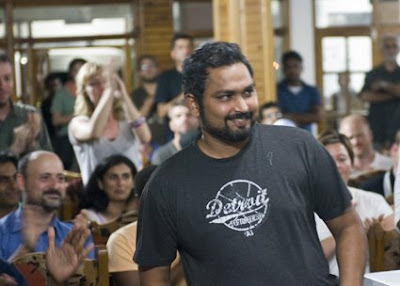 Photo © Neal Jackson-All Rights Reserved
The Foundry Photojournalism Workshop in Manali is over, and instructors and students have all departed (some students have remained in the region of Himachal Pradesh). Most of the instructors are now in Delhi, and after a possible walk-about in Old Delhi and lunch at the famed Kareem's, and an evening party, will depart to their home countries or work countries.

The highlight for me was that Mumbai-based photographer Dhiraj Singh received the top student award for photography during the ceremony in Manali. Dhiraj was one of the participants in my Multimedia Storytelling class, and worked incredibly hard and creatively to produce a multimedia piece based on the SoundSlides platform titled "My Name is Dechen"...a gripping tale of Tibetan woman afflicted with psychological problems. I had no advance information that Dhiraj would win until instructor and photojournalist Andrea Bruce, with her innate courtesy, came over to let me know.

Two other participants in my multimedia class also deserve particular praise; Dar Yasin, a photojournalist based in Kashmir, presented The Street Barber, a personal look at the craft in Manali, and Mohit Gupta from Delhi presented a soulful color-rich Thangka, a look at the process of painting of the Tibetan religious scrolls.

I am waiting for Dhiraj, Dar and Mohit to upload their work on their websites, and will post some of commentary about these projects.

I had posted work by Dhiraj earlier in July, not knowing that he was to be a student in my multimedia class. This is the link. Watch this space, as they say. We will hear of Dhiraj Singh a lot in the weeks, months and years to come.
Posted by bella at 9:51 PM