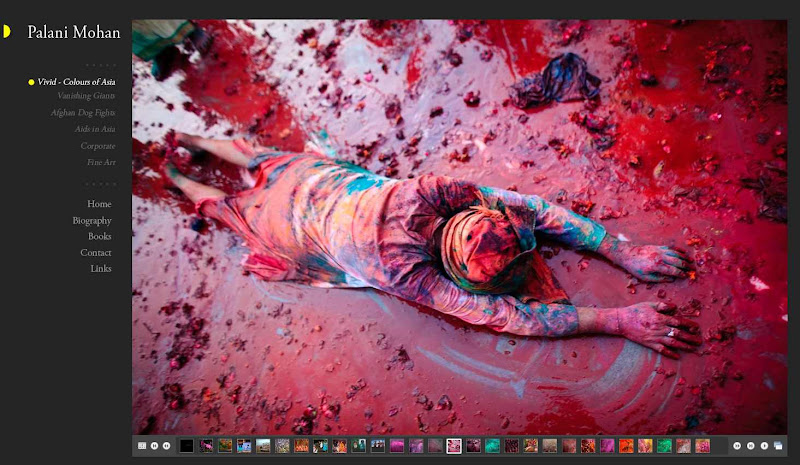 Here's VIVID, a blast of colors that will surely jolt your senses into overdrive! It's a collection of "color-caffeinated" photographs by Palani Mohan of various (mostly of the Indian Holi festival) scenes of tremendous color.

Palani was born in Chennai, India, and moved to Australia as a child. His photographic career started at the Sydney Morning Herald newspaper, and since then he has been based in London, Hong Kong, Bangkok, and now Kuala Lumpur. Malaysia.

His work has been published by many of the world's leading magazines and newspapers including National Geographic, Stern, Time, Newsweek, and The New York Times. He also published three photographic books. Palani's work has been recognized with awards from World Press Photo, Picture of the Year, National Press Photographers Association, American Photo and Communication Arts. He is represented by Getty Images' Reportage Group in New York.