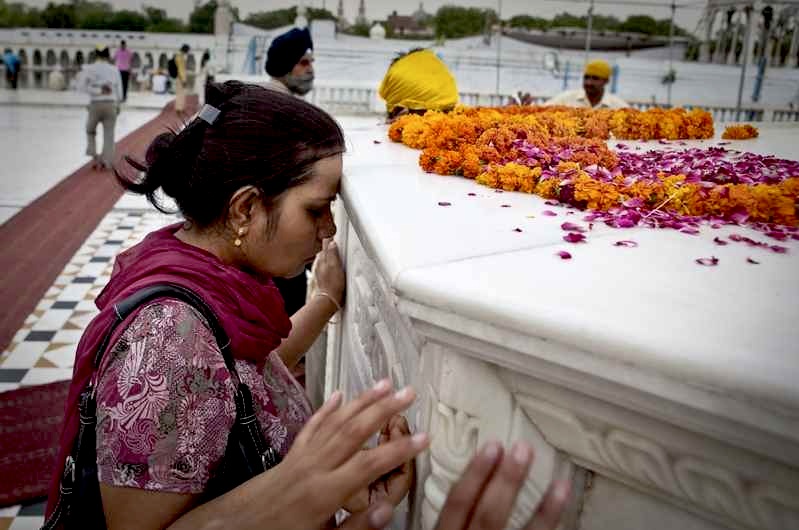 Photo © Matt Brandon-All Rights Reserved
Matt Brandon of The Digital Trekker blog has produced Bangla Sahib Gurudwara, a SoundSlides photo essay on the most prominent Sikh gurudwara (or Sikh house of worship) in Delhi. The gurudwara is known for its association with the eighth Sikh Guru, Guru Har Krishan, and for the pond inside its complex, known as the "Sarovar", whose water is considered holy by Sikhs. It was built by Sikh General, Sardar Bhagel Singh in 1783, who supervised the construction of nine Sikh shrines in Delhi in the same year, during the reign of Mughal Emperor, Shah Alam II.

It is situated in the Connaught Place area of Delhi, and is instantly recognizable by its stunning golden dome. While in Delhi for the Foundry Workshop, I was told of a massive Sikh religious festival occurring at the gurudwara, but I was too tired to attend it. Perhaps next year.
Posted by bella at 11:04 PM