NY Times: One in 8 Million 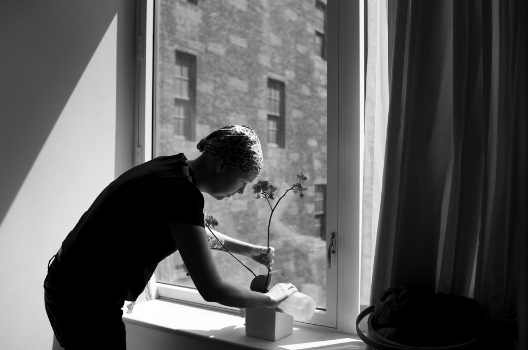 Photo © Todd Heisler/NYTimes-All Rights Reserved
One of the "props" I used very effectively during my Intro To Multimedia Storytelling class at the Foundry Photojournalism Workshop is the stunning work done by The New York Times photographer Todd Heisler (along with others) with the One In 8 Million series. The class participants watched The Medical Tourist, and realized how effective a few stills and well edited audio can be in storytelling.

One of the participants in my class, Dar Yasin, was so captivated by what he viewed that he decided to base his multimedia SoundSlides project on the One In 8 Million series, and produced a black & white photo essay on The Street Barber, a 3 minute window into the life of Shyam, a barber in the streets of Manali, India. Dar shot the project in an hour or so, and recorded the audio at the same time.

The New York Time has featured a "shoptalk" with Todd Heisler, in which provides insights into his work. Interestingly, he tells us that he photographs a subject over two to three visits, makes a broad edit of 80 to 100 images, narrows them down to 25 to 40 images, then sits with a sound producer and start pacing the images with the final sound edit.

I know I've said it before, but for anyone interested in multimedia, done simply and very effectively, One in 8 Million is a must-see.
Posted by bella at 11:19 PM