Teddy Roosevelt – A Self Made Common Man

Theodor Roosevelt, our 26th president is beloved by many of us. His courage and character are beyond reproach both as a soldier riding with the Rough Riders, and as a statesman, taking on the most powerful men in the country at the time. Most importantly however, many of us like him because of his love of the outdoors, although be it with a certain expedition style approach that lead to everything in sight being shot.

Few however know that Teddy Roosevelt, despite his image a a tough woodsman, soldier and man of the people, actually started out as nothing of the sort. Roosevelt in his younger days was a well to do New Yorker. When in the 1880s as a young man he decided to start his political career, he made a determined effort to portray himself as a hunter/woodsman even though the majority of his trips outside of New York City were to travel to Europe. Clearly it is an image that not only emulated, but aspired to. 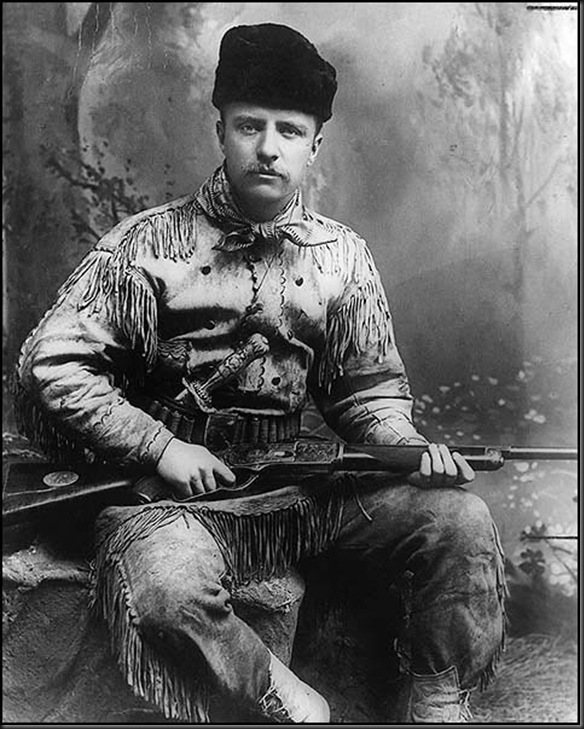 In the above picture, taken in 1885, you see a staged photograph of Teddy Roosevelt where he is wearing a prop costume equipped with a $100 engraved knife from Tiffany’s.

The appealing thing about Roosevelt is that he actually went on to live up to that image. He took on the character as an embodiment, not just as an image. The rest of the story, we already know.