I generally don’t like to do backpack, or tent or sleeping bag reviews simply because I don’t use enough different ones to be able to give you a good comparison. The only reason why I am writing this review is to show you what I currently use on most of my trips and why I chose this particular pack.

As the name of the post indicates, my pack is the REI Flash 62, more precisely the 2012 model. It is an internal frame pack. It weighs 3lb (1.36kg) for the medium length one, which is what I use, and it has a volume of 62L (3,787 cubic inches). The pack retails for about $190. For those of you not familiar with the manufacturer, REI is actually a store that sells outdoor gear. From time to time they make some of the gear themselves. This is one of those examples. The pack is available only through their stores. 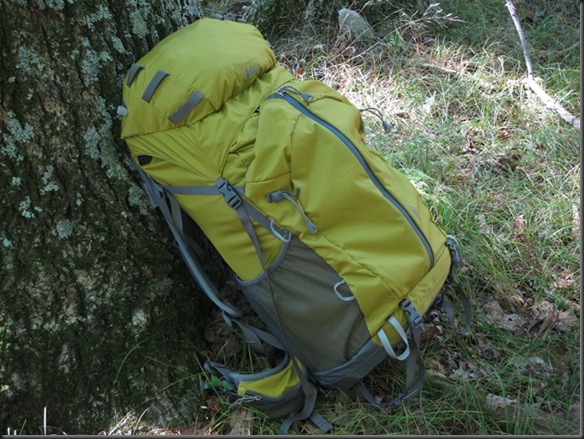 I’ve had this pack for almost six months now, and I have been using it both as my three season pack as well as my winter pack (down to 0F). I actually stumbled onto this pack by accident. What happened was that I was looking for a large winter pack. As some of you may remember, I was using an old CFP 90 pack for my winter trips. It was large, heavy and uncomfortable. Well, I saved up some money, and decided that I’ll get a new winter pack, since my three season one (the Rio Grande 45) was doing fine. So, I went into REI, looking for a pack in the 70-75L range. However, after looking at my gear, I saw that it would all fit (with some care) into a smaller pack. I looked as some light weight packs in the 65L range, and it came down to the REI Flash 62 or the Osprey Atmos 65. I decided to go with the Flash 62 because it was half a pound lighter and more importantly, it had the floating front pocket, which I’ll discuss later.

Once I went home, I quickly noticed that the Flash 62 will function well as a three season pack as well. If I simply didn’t fill up any of the pockets, in particular the large front floating pocket, the rest of my gear fit rather well in the main compartment of the pack, which appears to be about 50L in volume. So right off the bat, I started using the pack. The pack also has an adjustable (and detachable) top lid, which allows you to expand and compact the pack quite a bit. 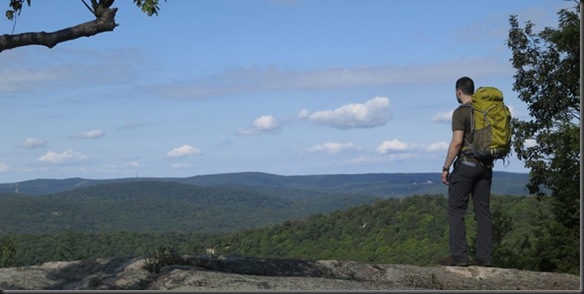 The first time I used the pack with about 30lb of gear, I ended up being rather unhappy with it. The pack uses a frame that is composed of an aluminum tube that runs along the pack and connects to the hip belt. This was creating some pressure at the location of the hip belt where the frame connected. I contemplated returning the pack, but after trying some of the other packs in that weight range, it seemed that they suffered from similar problems. The second time I used the pack, I was very happy with it. All I did was simply loosen the hip belt a tiny bit. Maybe it was that or maybe it was that the pack was more broken in, but I have had absolutely no comfort issues since then even with weights up to 40lb.

When the weather cooled down, as expected, I was able to use the pack for my winter trips as well. The trips I would use this pack for are ones where the temperature is above 0F (-18C). Anything below that requires a larger sleeping bag which is too big for this pack to handle along with all my other gear. 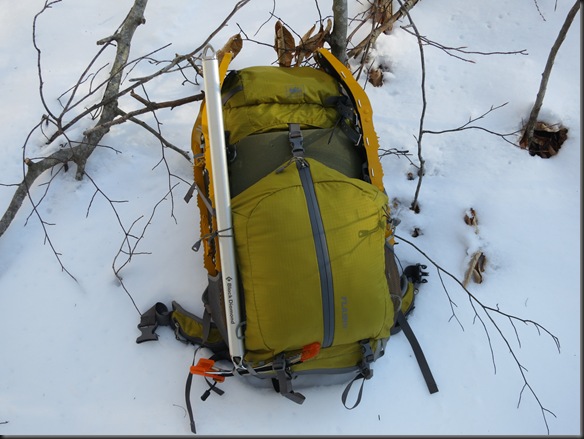 Above you can see the pack with my full winter gear including crampons (inside the bag), ice axe, and snow shoes. It also includes a Western Mountaineering Antelope MF (0F) sleeping bag and my Patagonia DAS Parka, which is stored in the front floating pocket for easy access. The floating pocket, which I have mentioned several times now is the large pocket you see in the front. Most packs have a pocket in this area that is attached to the body of the pack. The problem with such a design is that once the pack is full, it tends to take up most of the space inside the pocket as well. The floating pocket is attached to the pack only at the bottom and is held to the body of the pack with straps. This allows you to use the full volume of the pocket, and it also creates a space between the main body of the pack and the pocket which allows you to store other items. In the above picture you can see my closed cell foam sitting pad nested between the pocket and the pack.

Some down sides of the pack…well, I already mentioned the initial comfort issue. The pockets on the hip belt are also uselessly small. The most I have been able to put in there was a compass. Also, when fully loaded, the side mesh pockets get stretched out too much, making it hard to put a Nalgene bottle in them. It’s doable, but it’s just too much of a hassle.

Overall, I love this pack. Again, I am not a big pack guy. I don’t sit and test many of them, so I am sure there are people who would be able to make better comparisons for you. For me though, this is the pack I am sticking with.