Bear Grylls Back on Discovery Channel

As you guys know, Bear Gryll’s last show on Discovery, Man vs. Wild was canceled back in March because of a disagreement Bear had with Discovery channel. He implied that they were asking him to do things he was not willing to do. You can see the original post here. 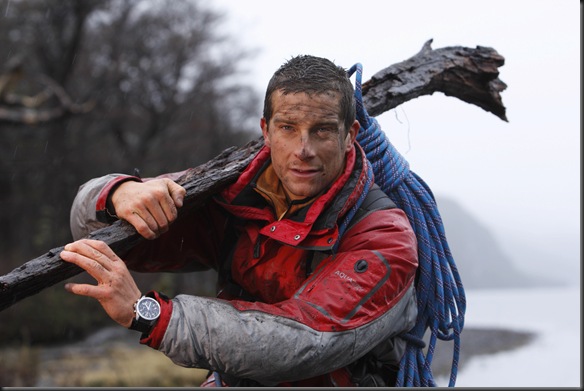 Well, it looks like they have patched things up, and Bear Grylls will be back on Discovery with a new show called Bear Grylls: Ultimate Survivor. The premise of the show is that they will take real survival situations that ordinary people have experienced. Bear will then be placed in the exact same situation, and he will show us what he would do in those circumstances in order to survive and get himself out. The show is scheduled to start airing later this year.

There was a very similar show a few years back that I liked a lot called I Shouldn’t Be Alive: The Science of Survival. It was an off shoot of a show called I Shouldn’t Be Alive which retold the stories of people who survived different type of situations. In The Science of Survival off shoot, an expert was placed in the same situation as the people were in one of the episodes, and explained what he would do. I hope this new Bear Grylls show is similar and not overly sensationalized.

Don’t forget, Bear also has another show in the works with NBC which should follow more of a reality show format although details are still sketchy.

He also has a new show called Bear Grylls’ Wild Adventures that airs on BBC America on Tuesday nights at 9pm. On the show Bear gets paired up with a celebrity who has no business being in the woods, and shows them how to survive.

Looks like Bear is here to stay. The premise of the new show looks very interesting. I am a big fan of survival instruction that revolves around realistic survival situations. Hopefully Bear will not squander the opportunity to show some realistic survival skills by jumping off cliffs and crawling through caves. Let’s wait and see.