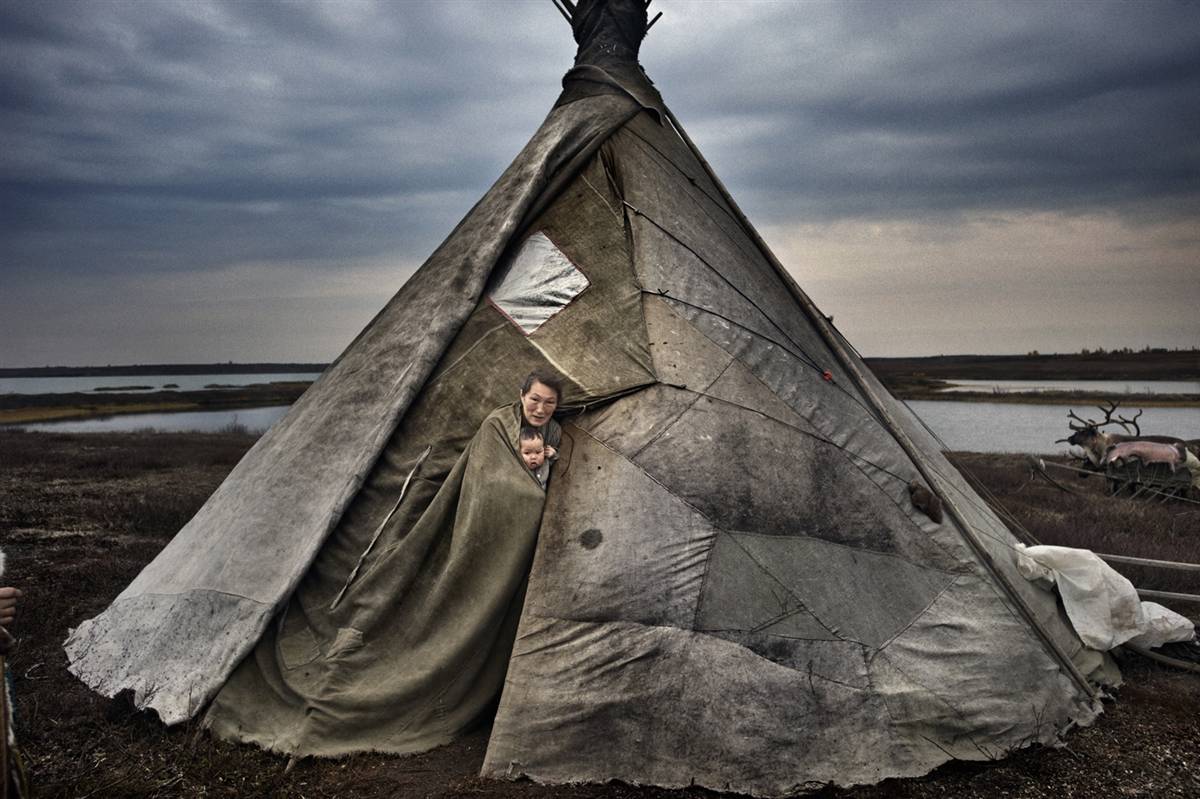 Photo © Yuri Kozyrev/NOOR-All Rights Reserved
Coinciding with the global climate talks in Copenhagen, Yuri Kozyrev (among the 9 photographers of NOOR photo agency) photographed climate stories with the purpose of documenting the consequences of global warning. Produced during the last two months, the project named Consequences is being launched during the United Nations Climate Summit, Monday 7 December through Friday 18 December 2009.

The Yamal Peninsula is one of the world's largest wildernesses where the indigenous Nenets people have migrated across for the past 1000 years. It is here that traditional large-scale nomadic reindeer husbandry is preserved. The Yamal Peninsula also holds Russia's biggest natural gas reserves. The Nenets have a shamanistic and animistic belief system which foments respect for the land and its resources.

Also check Consequences by NOOR.
Posted by bella at 3:11 AM