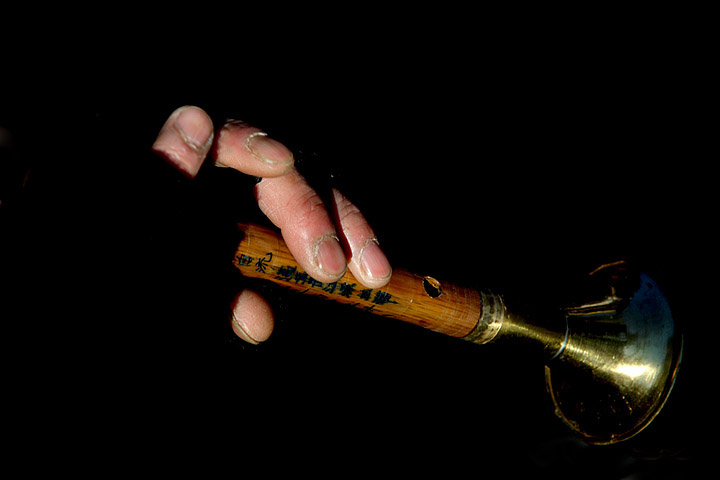 I chose this photograph to underscore my view that hands (especially those who have "history" to them) can tell visual stories, almost as well as faces, provided these hands are doing something...and sometimes, even at rest.

In this case, I think the hands and fingers of the flutist tell us that he's not a full-time professional musician...these are unkept fingers of a hard working man. The fingerless woolen gloves tells us that it's winter....and the Chinese script on the flute tells us where its holder is from...not necessarily, but probably. All that information from a simple composition!

The flute is a suona, a traditional Chinese musical instrument derived from Central Asia and beyond.

As a precursor to tomorrow's post by a master of the chiaroscuro (followers of this blog will know who I mean), I darkened the photograph in CS, accentuating the effect originally achieved through my camera's manual settings.

Email ThisBlogThis!Share to TwitterShare to FacebookShare to Pinterest
Labels: TTP Show Off