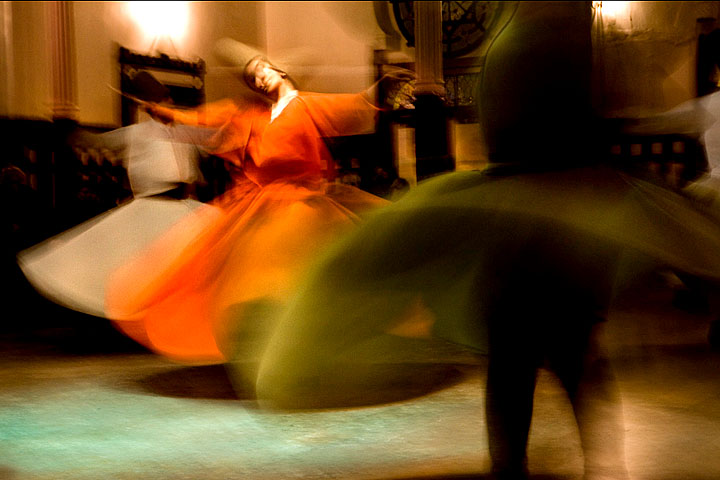 Photo © Nichole Sobecki/GlobalPost-All Rights Reserved
Global Post features an article and photographs by Nichole Sobecki titled Death of Rumi Breeds A Lively Dance relating to the most celebrated mystical poet of the Islamic and Sufism, and how the Mevlevi religious order founded by the poet celebrates his life 800 years on, with performances by Sufi whirling dervishes.

The Dervishes are Sufi Muslims who have chosen an ascetic way of life, and were known their extreme poverty and austerity, very similar to the Hindu sadhus.

Sufi whirling is a non-passive form of meditation which is practiced by the Sufi Dervishes of the Mevlevi order. It is a dance performed within the Sema, or worship ceremony, through which the dervishes seek to reach the source of all perfection by listening to the music, focusing on God, and spinning around in repetitive circles. 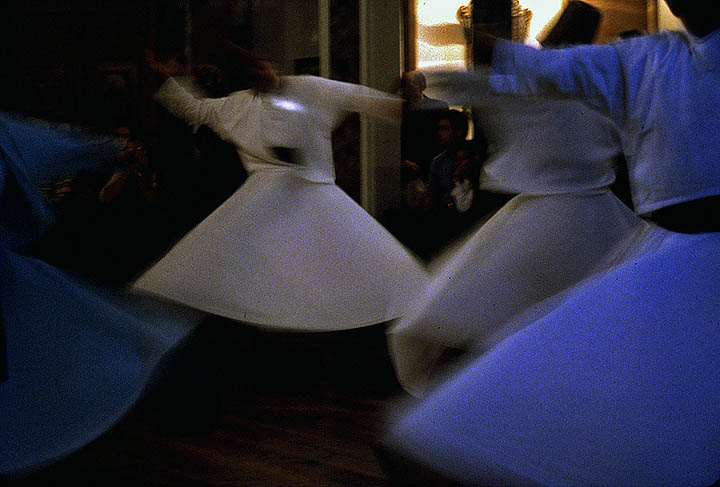 Photo © Tewfic El-Sawy-All Rights Reserved
When I started taking photography seriously a little over 10 years ago, I attended a Sema dances at the Galata Mevlevihanesi in the Beyoglu area of Istanbul. I recall being seated next to a professional photographer, who intimidated me with his air of utter confidence. He started photographing with a bunch of top level Nikons, and so did I with my shiny new Canon Elan II (I just checked and used models are sold for $70). The above photograph was one of my better results, which I am quite sure was a fluke. Whatever it was, I think Nichole Sobecki's photograph is much better.

As the Foundry Photojournalism Workshop will be held in Istanbul, I wager that documenting the dervishes at the Galata Mevlevihanesi will be one of the students' project.
Posted by bella at 3:03 AM