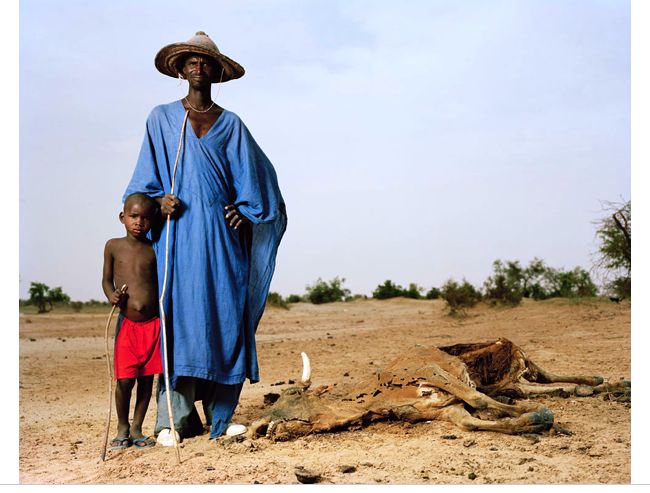 Schlepping large-format cameras from Timbuktu to Siberia, and from Australia to the Alps, Braschler and Fischer visited 21 countries during 2009, and have photographed the inhabitants of deserts, mountains, forests, and glacial valleys....thus documenting examples of accelerating environmental changes.

Both photographers were nominated in Vanity Fair's Hall of Fame for their work.

Via Photojournalism Links
Posted by bella at 6:00 AM