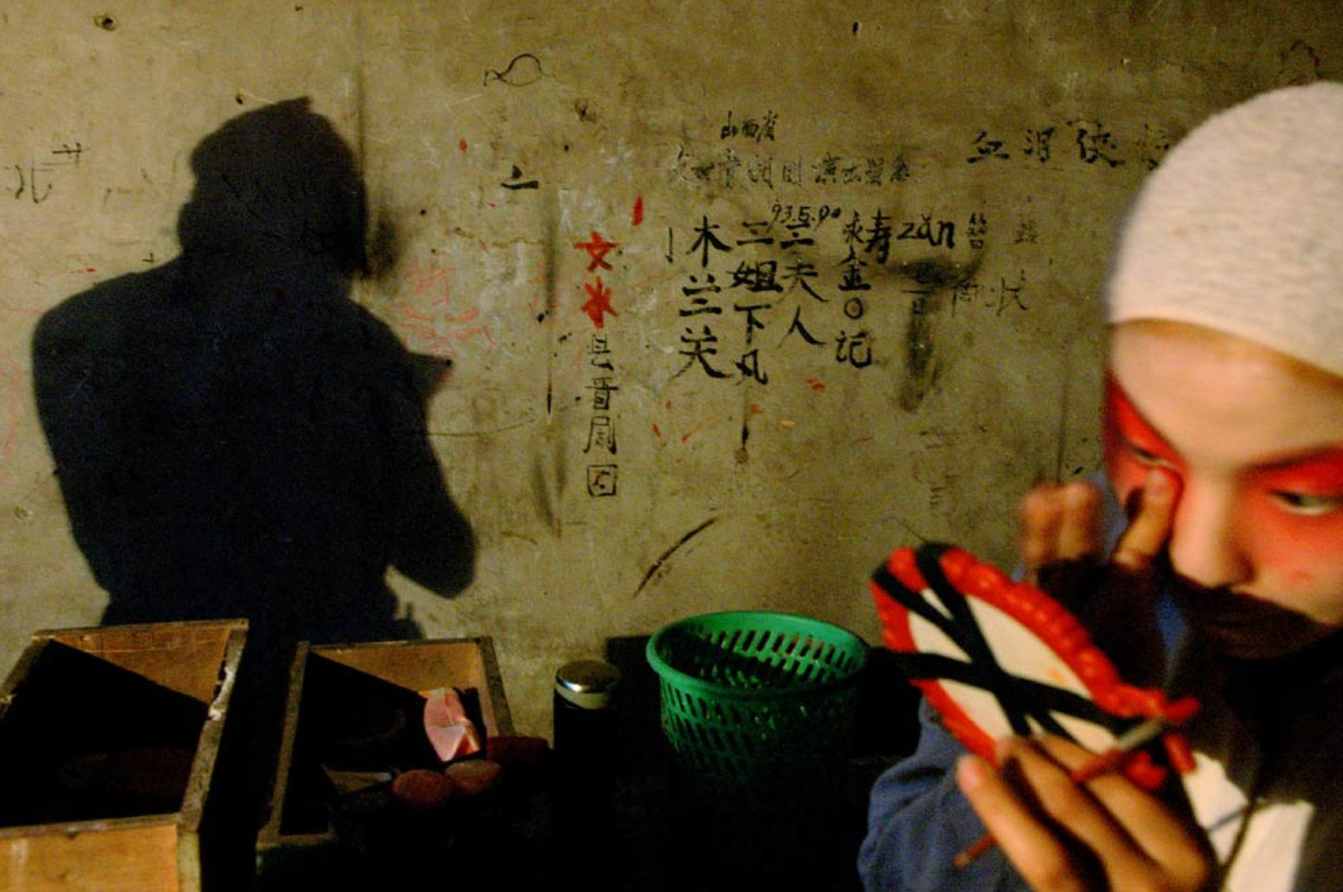 Photo © Gilles Sabrié-All Rights Reserved
It's by pure coincidence that I stumbled on Gilles Sabrié's website, in which he dazzled me with his many documentary galleries ranging from The Traveling Opera and the Kham (Eastern Tibet) to Faiths of Asia, and passing through Calcutta Prostitution. Large sized photographs on the web always make me happy, and these are large!

As I have just photographed street Chinese opera singing in New York's Chinatown, I thought it worthwhile to highlight Gilles' gallery titled The Traveling Opera. It covers a small opera group (or troupe) trying its best to keep alive one of China's oldest traditions, despite the low pay and dismal living conditions.

The website is flash-based, so you'll have to look for the gallery, but I encourage you to look at and study all of his galleries of large sized images.

Gilles Sabrié is a freelance photographer based in Beijing, China. After years spent working in television, he switched careers to embrace his passion — documentary photography. Since then, he has focused on news and social issues in China. In particular, he spent months documenting the life of China’s migrant workers as well as the fate of the inhabitants of the Three Gorges area. Sabrié’s images have been featured in numerous publications including Newsweek, TIME, US News, The New York Times, The Herald Tribune, L’Express, Focus, Le Point and more.
Posted by bella at 3:06 AM