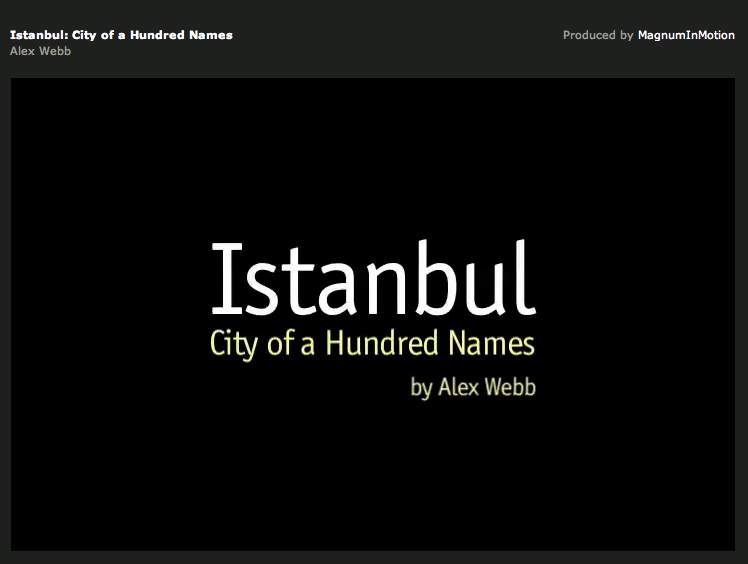 With the third Foundry Photojournalism Workshop scheduled to be held in Istanbul in June 2010, I thought of featuring Alex Webb's Istanbul: City of a Hundred Names showcased on the Magnum In Motion website as an inspiration to those interested in registering for the workshop.

The audio slideshow shows us Alex Webb's vision of Istanbul, a city of minarets, ATM machines and designer jeans. A historical and imperial city, Istanbul was the capital city of the Roman Empire, of the Eastern Roman Empire, the Latin Empire, and the Ottoman Empire. As one sees from the slideshow, the storytelling possibilities available in such an ancient city are just enormous, and will provide a wealth of exciting visual opportunities to photographers.

As for the Foundry Photojournalism Workshop, it has just posted details of my class: Introduction to Multimedia Storytelling.
Posted by bella at 3:12 AM