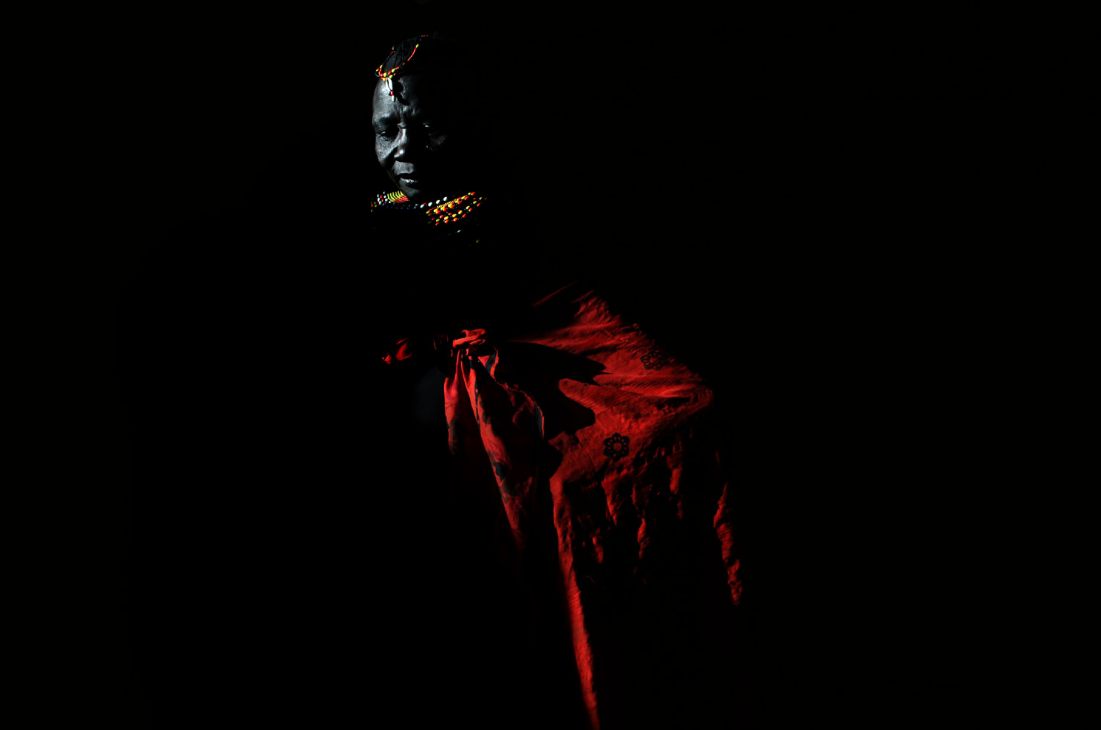 Photo © Jehad Nga -All Rights Reserved
What a way to start the week!

I've described Jehad Nga as being a master of chiaroscuro and his new work Turkana just reaffirms and even compounds this well-deserved appellation. His new work is just beautiful and details of each photograph must be slowly absorbed. In Jehad's photography, I guess less is more...and his play of light against the colorful garments is just exquisite.

The gallery's overview starts with this:

"Forgotten by a government that hardly felt as their own, Kenya's Turkana tribe is withering in number as a drought devastates the Horn of Africa."

The Turkana are a Nilotic people of Kenya, numbering about 340,000, who live in the Turkana District in northwest Kenya, a dry and hot region bordering three countries, Uganda, Sudan and Ethiopia.

It's expected that an exibition of the Turkana photographs will soon be shown at the Bonni Benrubi gallery in New York City.

Jehad was born in Kansas, but moved to London, where he was raised. In his early 20s and living in Los Angeles, he discovered a book by photographer Natasha Merritt. The book convinced him that he could use his own digital compact during a backpacking trip to southeast Asia. By 2002 he was traveling through the Middle East, and by the following year, Jehad made his way to Baghdad photographing for the New York Times.

I featured Jehad Nga many times on TTP. You can catch all the posts here.
Posted by bella at 3:10 AM