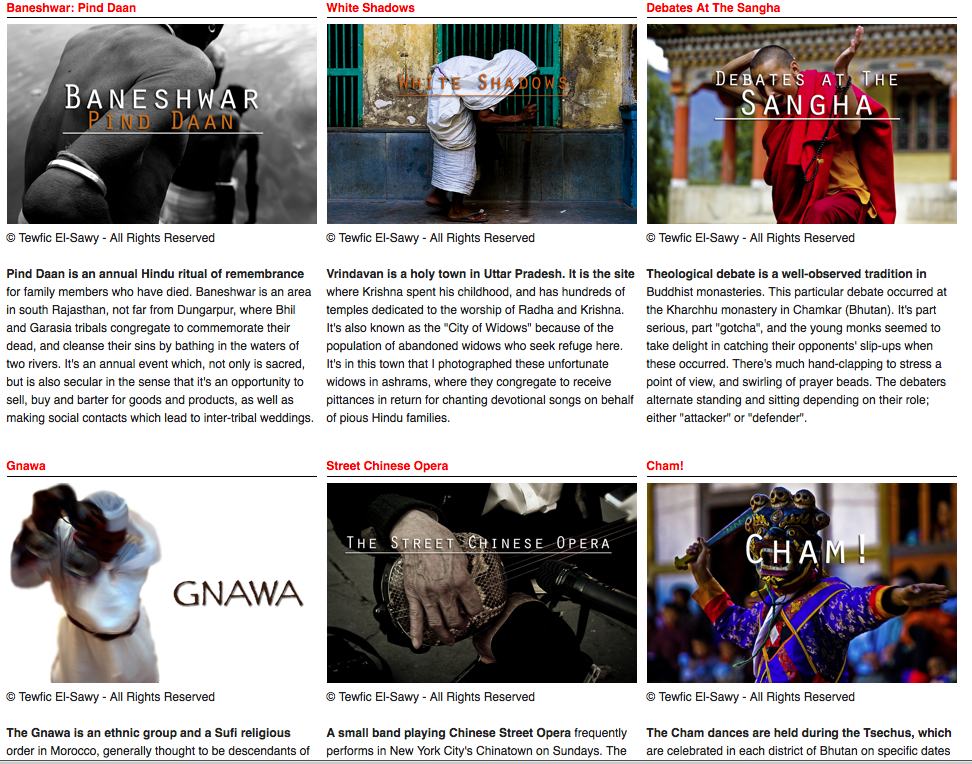 I set up The Travel Photographer's Motion as a parallel portal (using the F8 Graph Paper Press theme) for my audio slideshows, which are originally produced in the SoundSlides format, and subsequently converted to mp4s, then uploaded to Vimeo. I have no real preference between Vimeo or YouTube, and I'll eventually have these mp4s uploaded on both.

The current line-up consists of Baneshwar: Pind Daan (the annual rite of remembrance for Rajasthan tribals), White Shadows (my favorite! The sad life of the widows of Vrindavan), Debates at the Sangha (Buddhist debates in a Bhutanese monastery...much more animated than those in our Senate), Gnawa (the rhythmic Sufis of Morocco), The Street Chinese Opera (intense musical cacophony in NYC's Chinatown) and Cham! (the tsechus of Bhutan).

More of my audio-slideshows converted to mp4s are in the works.

Both Vimeo and YouTube’s have adopted the HTML5 video element (although the former is restricted and the latter is in beta), which permits most browsers (not Firefox, I think) to bypass the Flash plug-in and use video native to the browser’s player. That will prove useful for such movies to be seen on the iPad.
Posted by bella at 2:14 AM