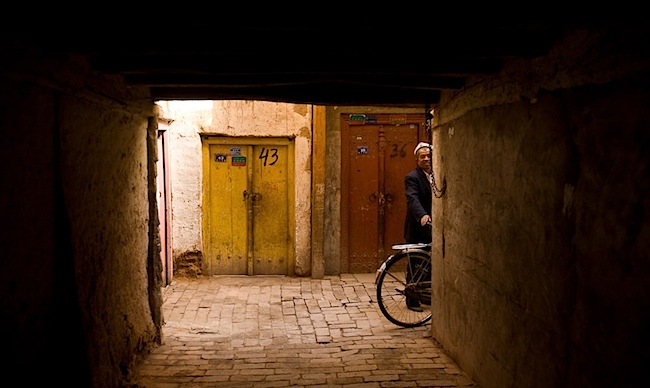 Photo © Ashok Sinha-All Rights Reserved
Here's another photo gallery of Kashgar and the Uyghurs by photographer Ashok Sinha, who traveled in China and was touched by their plight, which prompted him to document their disappearing ways of life. The photo essay is part of a larger project that is titled Life in Balance: The Human Condition in Xinjiang.

Kashgar is a city of 3.4 million surrounded by mountains and desert, and is located at Xinjiang's westernmost tip. It is closer to Baghdad than to Beijing. As a minority, the Uyghurs see their 2000 year-old culture and heritage being erased by the Chinese authorities, with much of Kashgar's old town being demolished. This was justified by the Chinese for safeguarding the population from the collapse of the old buildings in the event of an earthquake, and that the demolition is necessary to the “modernization” of the Uyghur people.

The old city is considered to be one of Central Asia's best preserved sites of Islamic architecture.

The New York Times has featured an audio slideshow on Kahsgar just under a year ago titled A City, and People, at Crossroads that explains the situation.
Posted by bella at 2:44 AM