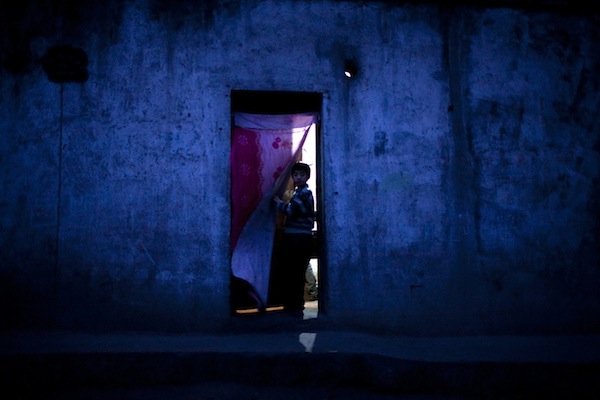 Aside from winning a number of awards for his photography, Stephen has been published in various magazines including The Independent Magazine, The Observer Magazine, D La Repubblica delle Donne, IL Magazine and The FADER Magazine.

One of his portfolios is of Qi Lihe, on the outskirts of Lanzhou which is the most destitute area of this heavily polluted industrial city in northwest China. During the recent years, there has been an influx of migrant Hui and Dongxiang Muslim minorities into these urban centers. The main cause of the influx is the desertification of their land, forcing these farmers and families to seek a better existence in Lanzhou.

The Hui’s ancestors were Silk Road traders, largely of Arab and Persian descent, who first came to China in the 7th Century. The Dongxiang are closely related to the Mongolians and as an independent ethnic group they arose through contact with Central Asians who converted them to Sunni Islam in the 13th century.
Posted by bella at 2:52 AM