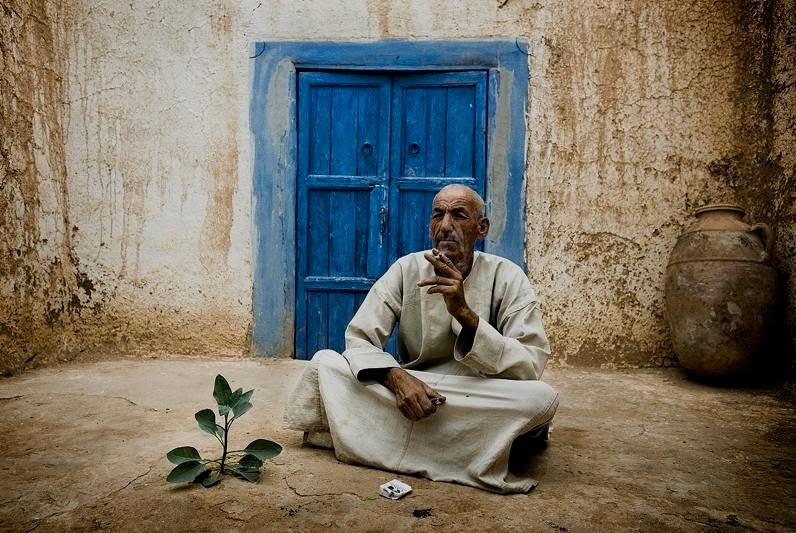 Jewish history in Morocco dates back to over 2000 years, and Jews have lived in the country as a protected minority. Prior to the arrival of the French in 1912, the currency and flag of Morocco carried the star of David, a recognition that it represented a prophet revered by Jew and Muslim (as Dawood) alike. During the Second World War, the king of Morocco famously declared to the Nazis (who wanted a list of Jews) that there were no Jews in Morocco, only Moroccan citizens.

Following the establishment of Israel, most of the Moroccan Jews have left their country of birth for the USA, France, Canada and Israel itself.

Aaron is an emerging documentary photography who initially studied Film and Cultural Anthropology at the University of Manitoba. His work was awarded on numerous occasions and published in newspapers and magazines across Canada.

His photographs in the mellahs of Marrakesh and Essaouira remind me of my own at the synagogues in these two cities last summer, during the Essaouira Gnawa festival.
Posted by bella at 2:26 AM