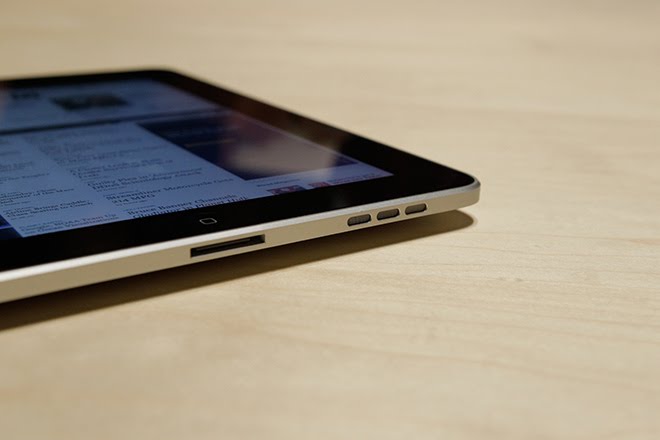 Photo Courtesy WIRED-All Rights Reserved
I'm far from being a geek or remotely resembling one, but I still like gadgets provided they're useful and have a purpose...which brings me to the iPad.

Unless you're traveling in North Korea, you must've heard that Apple is launching its iPad in its stores this coming Saturday. I live not too far from its 14th Street store and I intend to walk by just to see the gawking crowds.

The New York Times' David Pogue has an interesting article (and well-balanced) titled Looking At The iPad From Two Angles which I found to be the most intelligent of whatever has been recently written about the device. He concludes the article with this:

And that's the question. The iPad is really a "looker" not a "doer"...in other words, like its midget cousin the iTouch, it'll be mainly used as a reader, as a viewer of text, of website (minus Flash), of emails, of pictures, and so forth. Its success or failure is also dependent on the available applications, current and future, which I understand are close to 1500 in number already.

So far, I haven't seen any merits for photographers to get one. I read somewhere that an enterprising photographer will buy a few and, when asked for his portfolios, will send them out to his best clients instead of the old-style books. I'm quite certain that the iPad will be great in impressively displaying our images, but that's all.

Will it be fun to have an iPad? Of course, but will it be useful? I don't know. I'll wait and decide in another 6 months. Let others be the testers.

WIRED has a roundup on the first reviews of the iPad.
Posted by bella at 2:11 AM