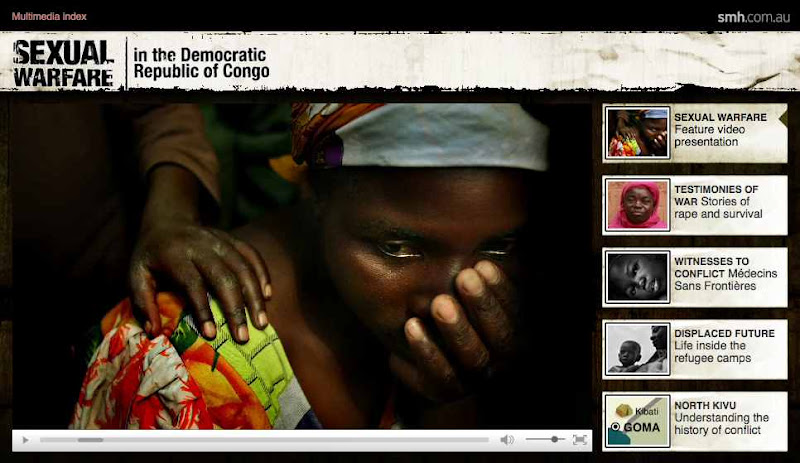 The Sydney Morning Herald has featured a superbly produced multimedia project titled Sexual Warfare: The Democratic Republic of Congo. The multimedia is produced by Kimberley Porteous
and Kate Geraghty.

From its website, we learn that sexual violence is a devastating weapon in the war-torn North Kivu province of the Democratic Republic of Congo. The Congolese army and rebel groups systematically use brutal gang rape against their enemies, causing crippling injuries and spreading HIV.

Aid groups estimate one in three women in North Kivu have been raped. Over 30 per cent of these have been infected with HIV.

All across this devastated region – in every village, every camp and almost every home – a man-made plague is stealing and destroying the lives of women. In a scale never seen before around the world.

(Via Duckrabbit Multimedia: an always interesting and brave blog, which I encourage you bookmark.)
Posted by bella at 3:28 AM