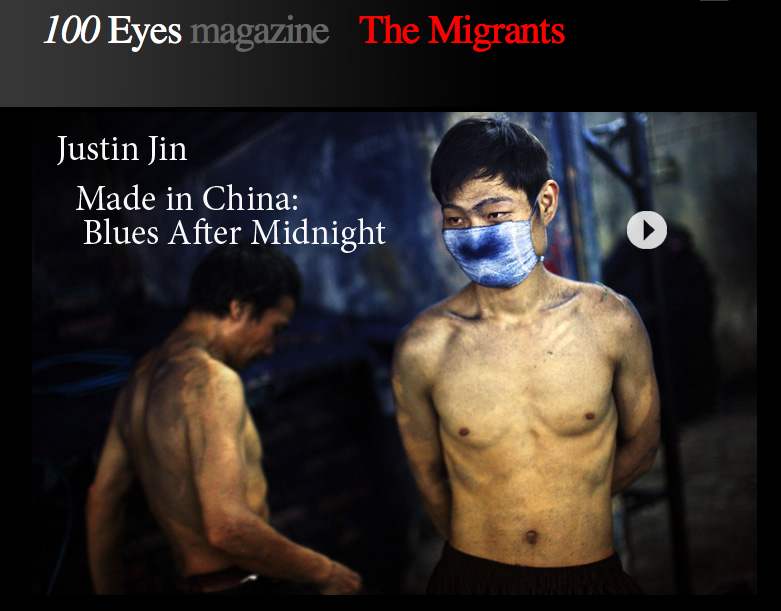 Justin Jin worked for more than than a decade as an independent photojournalist with leading magazines and newspapers, specializing in documenting people in hidden, harsh and sensitive situations, such as authoritarianism in Russia, exploitation in China or illegal immigration in Europe.

Based for the last four years in Moscow, Justin is doing reportage and
corporate assignments in Russia, China and beyond. While some of his projects are commissioned, others are self-initiated.

The beautifully produced 100Eyes Magazine features Justin Jin's edgy photo essay Made In China-Blues After Midnight which documents how workers in Chinese factories toil through the night scrubbing, spraying and tearing trousers to create the rugged look of blue jeans so favored by consumers all over the world.

Justin Jin's website is here.
Posted by bella at 3:48 AM