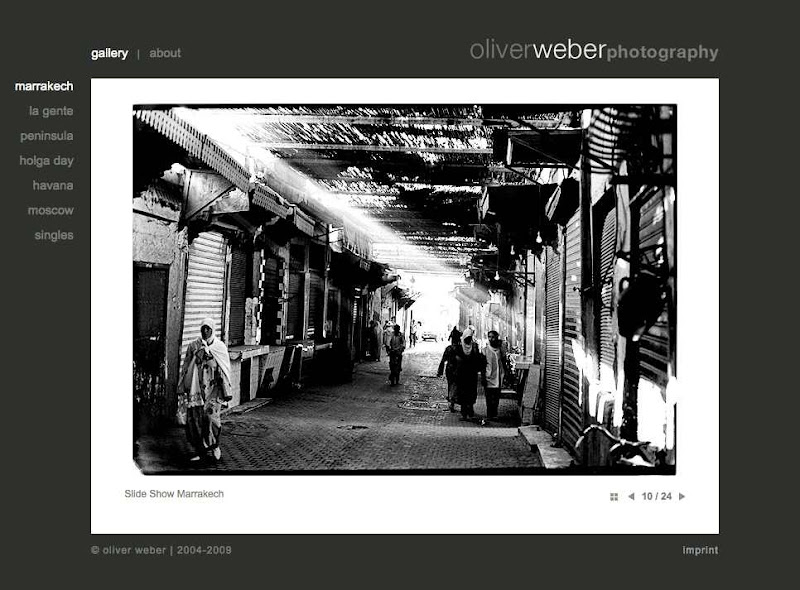 Oliver Weber is a German photographer who currently lives and works on the Canary Island of La Gomera. He specializes in reportage, portrait and street photography.

It was his 2007 photo exhibition “Humans” in Bredevoort, Netherlands, that Oliver Weber became more broadly known to an international audience, and his first book of photographs was published and nominated for the German Photo Book Award.

His interest in street photography is based on spontaneity and the awareness of situations and moods. He seeks to grasp the right moment since once the moment is over, it's gone forever. His black & white street photography of Marrakesh interested me the most amongst his galleries, since I've just returned from there, and I've posted about the immense frustration facing anyone photographing in Morocco. And yet, Oliver seems to photograph with such ease and fluidity.
Posted by bella at 3:33 AM