Jonas Bendiksen: The Places We Live 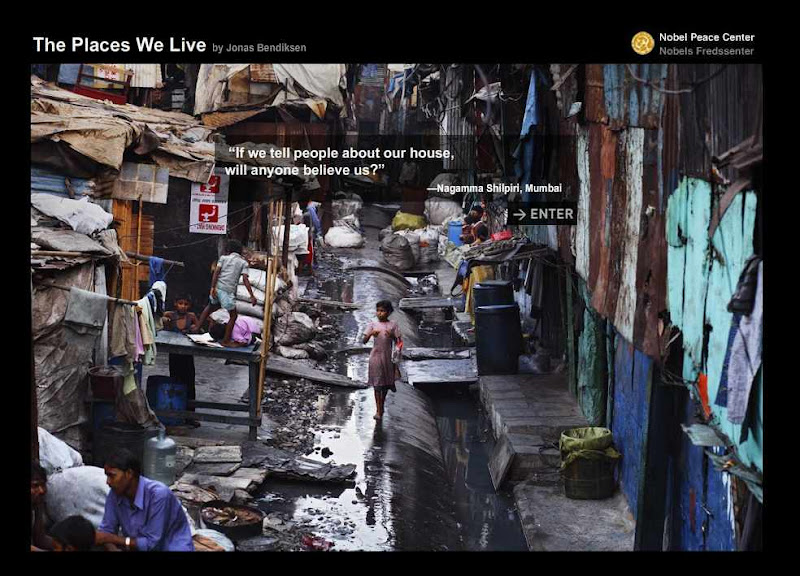 Jonas Bendiksen began his photography career as a 19-year-old intern in the London office of Magnum Photos. Eventually leaving office life to travel through Russia and pursue his own work as a photojournalist, he worked on numerous projects throughout the world, including his ongoing project about the world's slums.

The installation for "The Places We Live" project was developed and produced in cooperation with the Nobel Peace Center in Oslo, Norway, where it was launched a year ago.

From 2005 to 2007 Jonas Bendiksen documented life in the slums of four different cities: Nairobi, Mumbai, Jakarta and Caracas. The Places We Live is the result.
Posted by bella at 4:04 AM