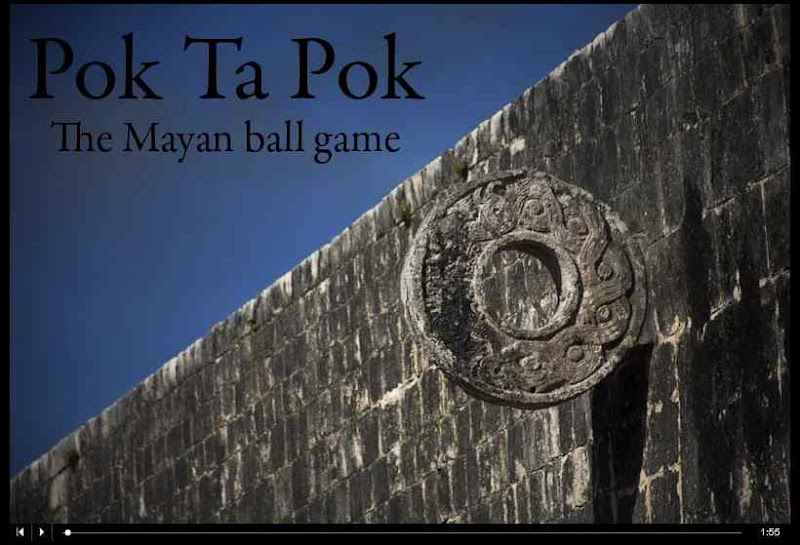 "The Popol Vuh, holy book of the Quiché Maya, contains a story of a confrontation between good and evil, played out in the form of a ballgame. Throughout pre-Hispanic history, this ballgame has played an important yet mysterious and debated role in the cultures of Mesoamerica, sometimes taking the form of sacrifice ritual, sometimes a game of chance, always symbolic of a timeless struggle between opposing forces, with an outcome governed by supernatural powers in conjunction with human skill and honor."-(BBC)

Here's a short audio slideshow by photographer Chico Sanchez documenting the ancient ballgame of Pok Ta Pok as played in Yucatan, Mexico. As the preamble above describes, it's a symbolic game between the forces of good and evil.

Chico Sanchez is a freelance photographer based in Mexico City. Chico worked in Venezuela, collaborating with Reuters, European Pressphoto Agency, Agencia EFE, and freelances for various newspapers and magazines.

Many of Chico Sanchez's documentary/travel photography slideshows have been featured on The Travel Photographer blog and can be found here.
Posted by bella at 4:44 AM