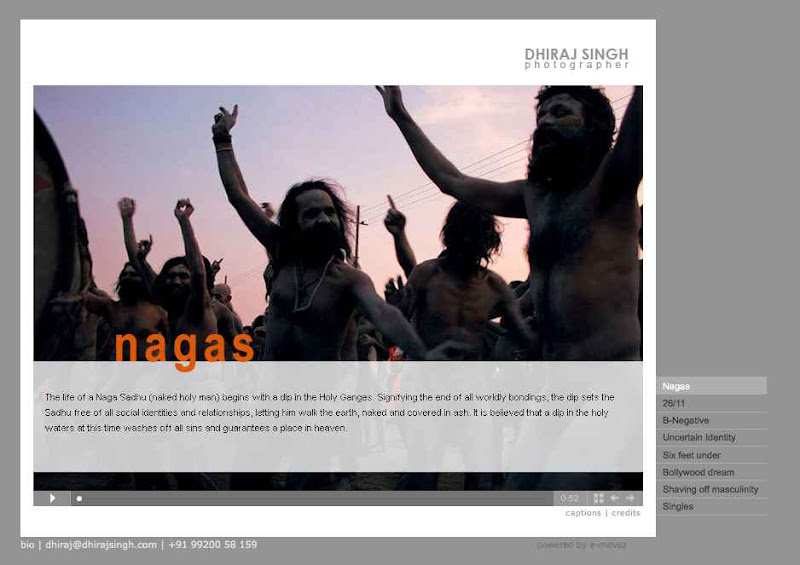 Dhiraj Singh is a photojournalist and editorial photographer in Mumbai, whose work has appeared in various international publications including Newsweek, Vanity Fair, The Wall Street Journal, MSNBC among others.

He recently won the third place in the ‘war and disaster’ category at the China International Press Photo Award-2009 and third place in Spot News at “The Asia Media Award” which was held in conjunction with IFRA’s Publish Asia 2008. His pictures of the Mumbai terror attacks in 2008 were also part of a group exhibition titled, ‘Bearing Witness’ held in that city in 2009.

One of Dhiraj's non-audio SoundSlides photo essay is on the Nagas. The Naga Sadhus are part of a mysterious society, and are worshipers of Shiva. The term Naga means ‘naked’, and they're also known as Naga Babas. They mainly appear in public during the annual Kumbh Mela.

Dhiraj Sigh and his work were also profiled on Verve Photo.

My own work on the Sadhus of the Kumbh Mela is featured here.
Posted by bella at 3:55 AM