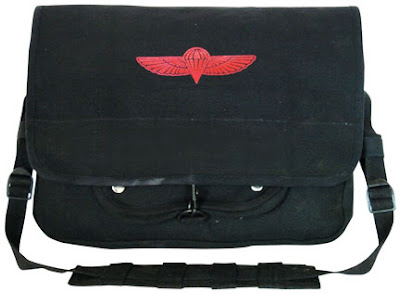 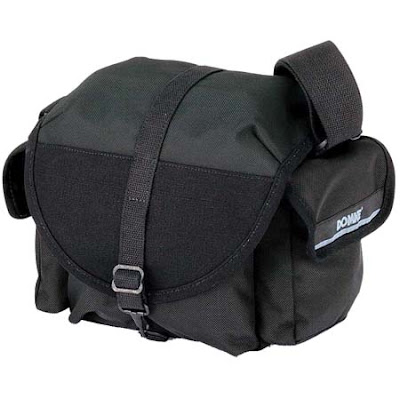 I had a difficult time deciding what camera bag to take with me for the Foundry Photojournalism Workshop. I had the choice of a Swiss Army briefcase roller, a seldom-used Billingham 555 (or whatever the model is...the large one), a Lowepro Computrekker backpack, or a Lowepro Stealth Reporter shoulderbag.

Having been used to my minimalist gear on my previous two international trips, I was loath to return to the heavy Swiss Army roller, the Billingham requires steel fingers to close its clasps, and the Stealth Reporter seems to auto-inflate in front of the Virgin Atlantic check-in desk. I was left with the Lowepro backpack, and the Domke F-8.

The Domke F-8 could comfortably carry all my camera gear but my Mac laptop wouldn't fit (I have to take the Mac since the Acer's screen is too small for my multimedia class), The Lowepro backpack was the logical answer, but I decided to drop by the nearest Army Surplus Store, and buy an IDF Messenger Bag for about $20. That bag has the identical canvas material and hardware as the Domke F-8...it's really uncanny how they seem to be made from the same cloth.

So all my photo gear is in the Domke F-8 (except for my 70-200mm lens, which I'll have to lug around in my checked luggage) and my laptop is happily ensconced in the IDF bag. Both are secured to each other by a couple of carabiners (D-rings), and to me so far, this is an excellent alternative to carrying a heavy backpack or shoulder bag. I can easily separate the two, and carry each on a shoulder...or carry them from each hand. When they're coupled together with the carabiners, I look a little like a homeless person schlepping his belongings around, but looks are not everything in life.