Recently I was fortunate enough to get my hands on a Swiss army surplus hatchet thanks to a couple of people on the Blades and Bushcraft forum. They have been floating on the market for some time now, and you can find them at places like Garrett Wade. 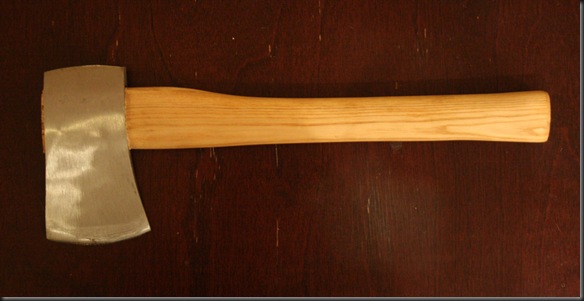 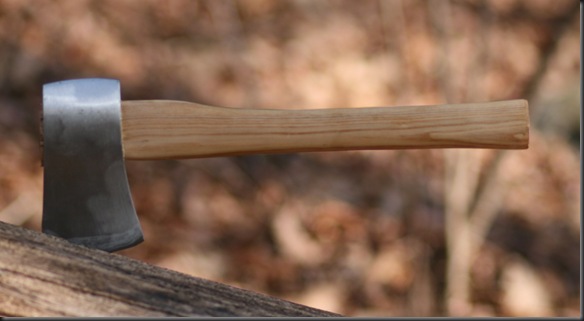 This is a heavy hatchet. I think the head could have easily been placed on a longer handle. The way it is though, it does not allow two handed use, so here I will compare it to the Gransfors Bruks Wildlife Hatchet. 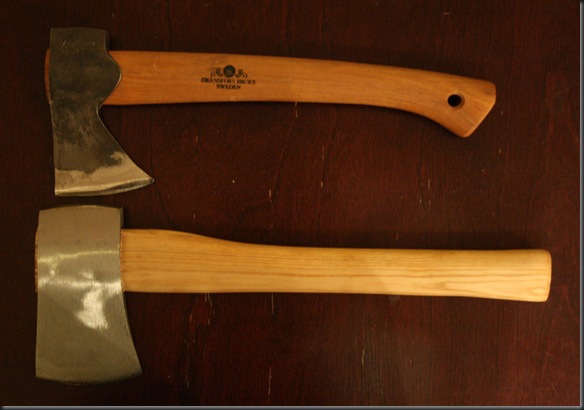 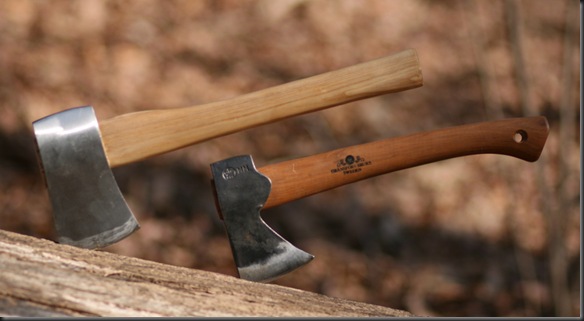 The Swiss army surplus hatchet has a completely straight handle that is 15.5 inches long. It was not uncomfortable to use, and even with the relatively heavy head, I didn’t notice any drawbacks when using it. The grain is fairly good, although not perfect. I am not sure how consistent the gain orientation is with these hatchets.

The handle is attached to the head using just a wooden wedge. After about two swings, the head came loose. That being said, it appears that the wooden wedge might have been glued in, because even though the head was wobbly, it did not dislodge or come off, nor did the wedge start to slip out. 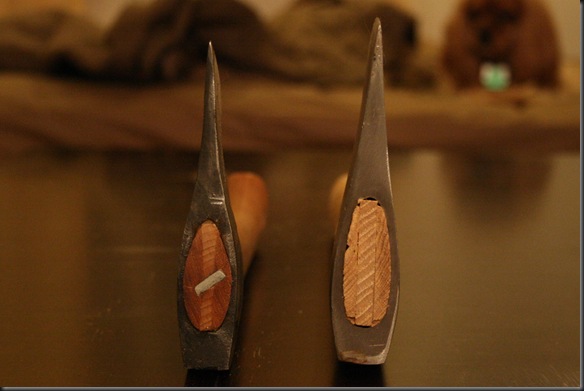 When it comes to the head, besides it being relatively heavy for a hatchet, it has fairly wide cheeks. When compared to the Gransfors Bruks Wildlife Hatchet, it has a much more wedge-like design. I have had a few axes with similar designs in the past, and my experience has been that the performance largely depends on how the edge is ground. Some similar designs like the Bahco Rucksack axe performed poorly because in addition to the wide cheeks they had a fairly thick convex on the edge. Other similar axes like the Garant Cougar axe performed well because of the thinner edge. It is hard to predict exactly how this hatchet would perform because the example I have has had significant work done to the edge. This is part of the risk when buying surplus axes. As it is right now, it has a fairly thick, and poorly worked edge, which would not give particularly good performance. It was also hard to push the hatchet too far because of the loose head issue I mentioned above.

I am not certain of who the manufacturer is. Usually with army surplus axes the contracts may go to several different companies. Here is the mark on the axe head in case one of you knows more about it. 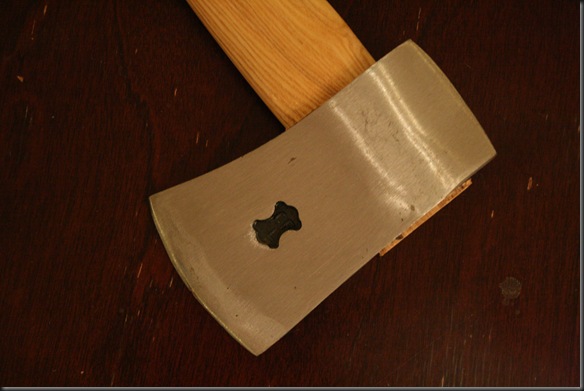 Overall, the value of the hatchet will come down to the condition, in particular of the head, and the price for which you can find it. If you can get an example with a head that has not been reworked too much or damaged, and you can get it at a good price, you can get very good use out of it. I do however think that $40 is too much for the hatchet (the price at Garrett Wade). For that money you can get a Husqvarna or Fiskars hatchet, and you will know exactly what you are getting.