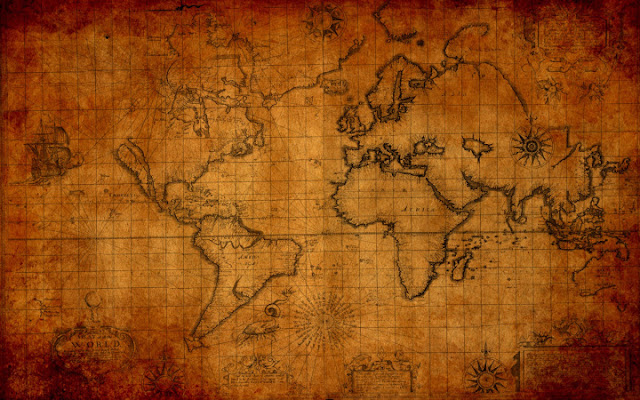 I've been asked a number of times to share as to how it is that my Photo Expeditions-Workshops are consistently sold-out within a few weeks of being announced.

There are a number of reasons for that...some are no-brainers and others are more complex...these take dedication, research and commitment. But let's start at the top:

There's the optics such as the brand name and trademark. I chose to become known as The Travel Photographer which is easily remembered, and perfectly describes what I do, leaves no room for confusion and is anyway easier to pronounce (at least for Americans) than my own name.

"Everything I do with my photography carries The Travel Photographer brand."

I've been using The Travel Photographer brand name, and its accompanying logo (simple, sober and solid) for about 8 years, so it's been in the public domain and has widely been around. It's not at all unusual for me to be accosted by other photographers who ask me "aren't you The Travel Photographer?"....and that's good....very good.

Everything I do with my photography carries The Travel Photographer brand...everything. The websites, the blogs, the galleries, and the photo expeditions-workshops...and of course, my newsletters.

I was perhaps the first who described what was originally peddled as 'photo tours' or 'photo trips' as 'photo-expeditions'. Semantics for certain, but it strengthens the branding impact of one's business.

Over and above the logo style, which as I described as sober, solid, and simple...like the logo for a well-established newspaper or bank for instance, the color schemes of my websites and blog also follow the same style. I believe it's not only my photographs and my style that defines me, but also the 'packaging'... there's a sort of consistency there, but without letting things go stale. Stylistic change is good, provided it's intelligent change.

I've been leading photo expeditions-workshops for more or less 10 years...and really worked at getting off the ground. As I wrote much earlier on this blog, it took off without me asking for favors, for free advertising, for referrals...I never did any of that. What I have accomplished is completely self-made and self-started.

I see many very experienced photographers suddenly getting involved in offering photo workshops, but  having difficulty in filling them up, despite their excellent body of work. It won't work without expensing the time, and effort to get a track record in leading such expeditions and/or workshops.

"What I have accomplished is completely self-made and self-started."

Yes, one has to use all the different types of social media...be it Twitter or Facebook, etc to spread the brand's visibility. However, I don't think I got a single participation from either of these two. Twitter and Facebook generate friends, a fan club or followers...but not necessarily clients.

The single-most source of participants for my photo expeditions and workshops is my blog, which is in its 5th year. Day in and day out...I post, keeping a tangible and intangible link with my current and future participants.  I've posted just over 3000 posts and reached the enviable (for a specialized photo blog like The Travel Photographer) number of 2 million readers since it started. That took time, effort, dedication and resolve.

From this blog, photographers subscribed to my newsletter, and are therefore keen to get details of my future photo expeditions-workshops. These are not followers, nor fans, nor friends asked to "like" my Facebook page, or Twitteratis. No, there are, for the most part, just interested in joining me on a photo expedition-workshop.

When I announce a photo expedition-workshop, I am mindful to keep a few 'seats' for past participants, aiming to have a 50/50 mix between past participants (I call them recidivists) and new participants. This ensures that about 50% of my groups are already familiar with my style of leadership, what to expect and what not to expect on the trip. It also gives confidence to the new participants that the group include people who've been on one or more trip before.


3. It's About The Research And The Niche.

I set up photo expeditions-workshops where I would want to go had I been a participant. I set up photo expeditions-workshops that aim at documenting an event -or series of events- that I am interested in. My forthcoming The Sufi Saints of Rajasthan & Ajmer Photo Expedition-Workshop is a case in point. At its core is the Ajmer Sufi celebrations which, in contrast to the over hyped Kumbh Melas, are unique authentic religious events, never offered to photographers through a photo trip. As I am personally interested in documenting Sufi culture in South Asia and elsewhere, this type of photo expedition-workshop is one of my trademarks.

My intellectual interest in religious and cultural events in South Asia and South East Asia is my niche, and it puts me in a different light from other photographers.

I research my destinations very carefully beforehand, and absorb whatever I can on the prevailing political climate affecting where I'm about to head off to. This is not a one-time thing...but a continuing exercise. I keep track of the news for India via Indian newspapers, as well as news of Cambodia, Vietnam, Indonesia, Malaysia, etc. This is an invaluable necessity that I must spend time on. I do not claim expertise, but I keep myself abreast of important local developments that may affect my decisions.

"...but I really want to photograph at other more interesting venues."

Generally-speaking, I now infrequently lead 'touring" photo-expeditions-workshops. Going from one destination to another with no specific religious or cultural event(s) on the itinerary may be photographically productive, but I find it intellectually-wanting.

I also avoid the popular religious/cultural events; the Kumbh Mela and Pushkar Fair are two examples. It would not be hard at all to fill photo expeditions for these two specific venues in no time at all, but I really have no intellectual interest to attend either of those. I've done them, and enjoyed them...but I really want to photograph at other more interesting venues.

I don't use middlemen in the United States to set on-the-ground facilities for the itineraries I research and decide on. It might be the easy way, but it's also the most expensive. I  employ a handful of travel agents (or hotels operators) in India, Vietnam, Cambodia, Indonesia and elsewhere that I trust and can rely on...and  with whom I've dealt for a long time. I try to get the best possible deals for the participants in my photo expeditions-workshops, as I would if I was on my own. I  have a fiduciary responsibility towards my groups, and I take it very seriously.