When it comes to winter exploration, and right down miraculous ability to survive in the cold, few names come up more often than that of the Norwegian, Fridtjof Nansen. In 1895, Nansen and his companion Hjalmar Johansen set out from their ice locked ship, the Fram, and made a dash for the North Pole. After failing in their attempt, they were stranded on the ice, where they managed to survive for a year while making their way south. Eventually they ran into a British explorer, Frederick Jackson, who took them back to Norway.

Recently I was able to find a set of photographs from the expedition in the National Library of Norway, and wanted to share them with you.

In 1893, Nansen and his crew set out in a custom built ship, the Fram, with the intent of being the first people to reach the North Pole. The plan was to sail as far north as possible, then let the ship get ice locked in the hope that the ice flow will take it through the North Pole. The plan was considered by many even at that time to be ridiculous and absurdly dangerous. None the less, they set out, and soon the Fram was ice locked. 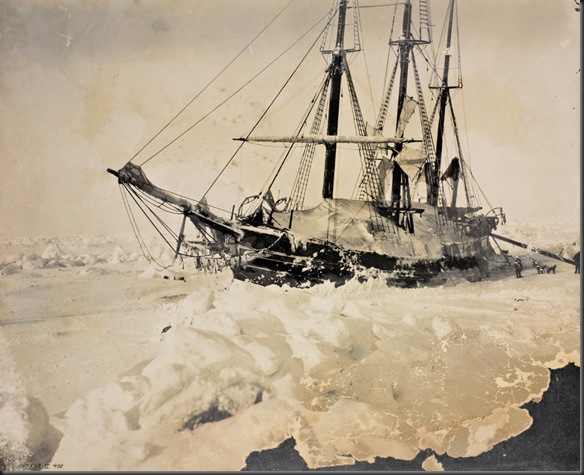 Relatively soon however, it was discovered that the ice flow was not taking the Fram to the pole, but rather in a circular path around it. Unwilling to give up on his attempt, Nansen decided that he and Hjalmar Johansen would take a team of dogs and try to make it to the pole over the ice. They knew that even if they were successful, they would have no way of returning back to the ship, but would have to make their way to land. Here is an image of Nansen from that time period: 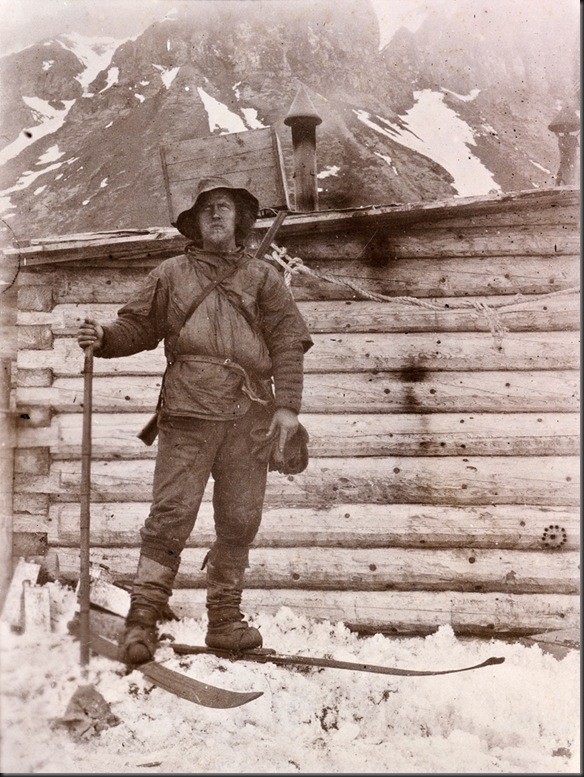 And one of Johansen: 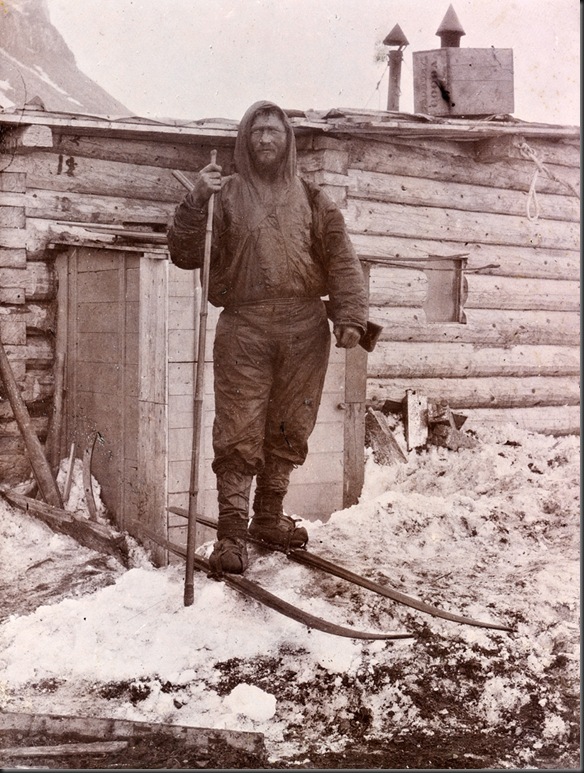 After preparing for the trip during the winter, in 1895 the two men set out with a dog team, two canoes and two sleds for the North Pole. Eventually, the dogs were killed for food. 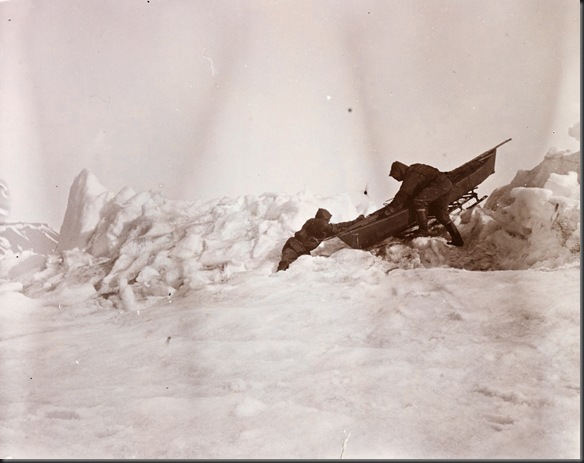 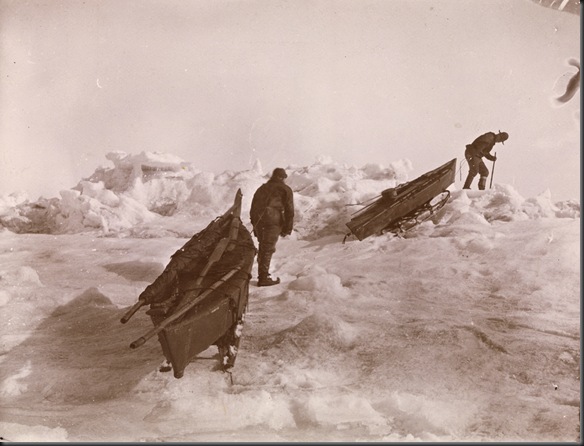 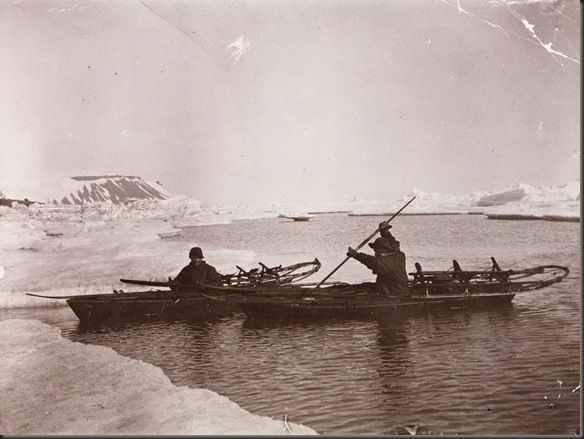 It is sometimes asked, and I have wondered myself, why Nansen did not bring fur clothing for the trip, much like his countryman Amundsen did a decade after on his bid for the South Pole. The truth is that Nansen had brought fur clothing, which him and his crew wore on the ship. When traveling on foot however, it was decided that the fur clothing would be too heavy and too warm. Just like Scott on his attempt to reach the South Pole, Nansen opted for wool and canvas clothing. 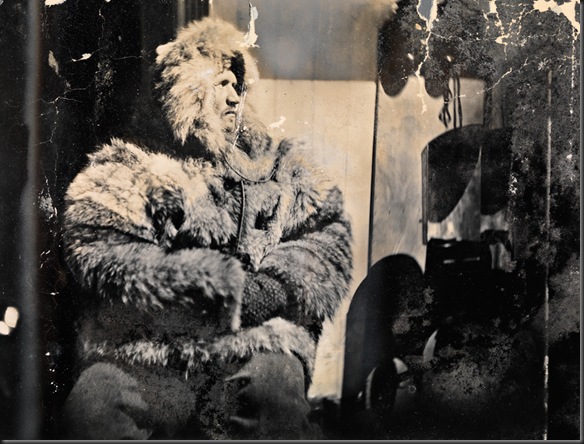 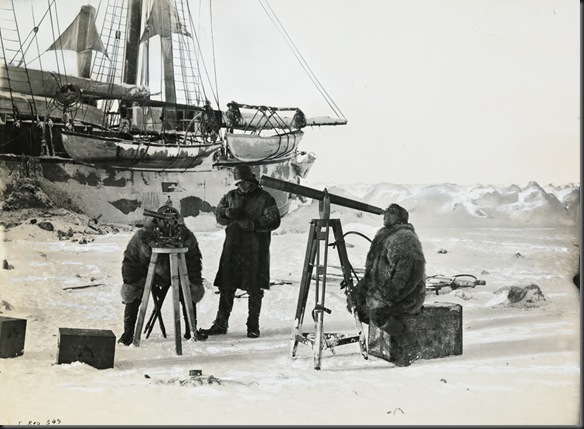 After much effort, it became clear that the two men would not be able to reach the North Pole, and they had to turn back. Poor maps, as well as the shifting ice made that a nearly impossible task. The journey forced them to spend another winter on the ice in a makeshift shelter. They survived by hunting walrus, birds, and eventually bears which came to feed on their meat supplies. 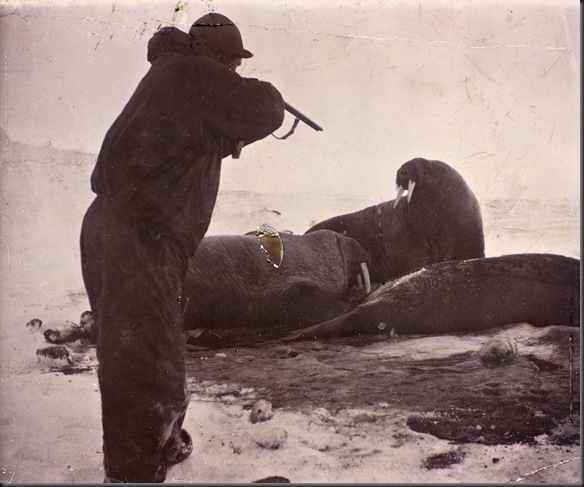 They made it through the winter, and by a stroke of luck, they ran into Frederick Jackson, a British explorer, who had also made an attempt to reach the North Pole, but with no better luck. Here you can see Nansen and Jackson meeting. Ironically, Jackson had applied to be on Nansen’s expedition, but was rejected because Nansen wanted all of the crew members to be Norwegian.

Well, those are the pictures I was able to find. I hope you enjoyed them.