If you have been following Dual Survival, you no doubt noticed that in the new season, season three, one of the hosts, Dave Canterbuty, was replaced by Joseph Teti. In case you have a life, and have not been following the developing drama over the last few years, here is a brief summary: 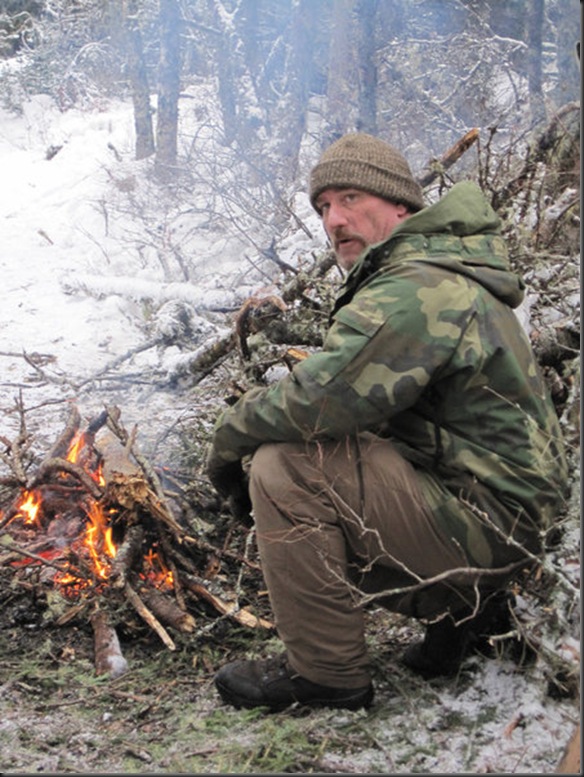 Dave Canterbury, for those who remember him from the “early years”, started out as just another guy posting videos about his time in the woods on YouTube. At that time was not an expert on anything, he was just another person posting about his gear and ideas on camping (what has come to be known as bushcraft these days). He was a prolific poster, and his videos were, and still are very interesting.

At one point, the Discovery Channel decided that they wanted to make a wilderness survival show where they put together a no nonsense military vet (there is a presumption that military personnel have wilderness survival skills) and a tree hugging hippie, and watch the fun ensue. Dave Canterbury applied for the show, and got the job, giving him a two year contract on Dual Survival.

Almost immediately after that happened, many people who deem themselves bushcrafters got upset, after all, they also make YouTube videos, why was he picked for television and not them. People with a lot of free time started digging into Dave’s background, and some inconsistencies started to pop up. In particular, his military record seemed to be overly exaggerated. For example, on the early episodes of Dual Survival, it was claimed that he was a sniper. It turned out that he had done some sniper training, but was not an actual sniper.

Dave originally denied the allegations, and then stopped addressing them all together. When it was announced that he will not be returning for season three of Dual Survival, he released a statement that he was doing it so he can focus on his school. That became questionable after his former co-host, Cody Lundin, made some disparaging statements that you can read here.

Well, after the start of the new season, Dave Canterbury released a video, more or less admitting that he had exaggerated his military credentials in order to get the job on the show, and apologizes to his fans for doing so. By Dave’s request, the embedding option on the video has been removed, so I can’t show it here, but you can watch it here.