I think I mentioned before that Mors Kochanski, a well known survival and wilderness instructor has started posting videos on YouTube regarding different topics. Here I wanted to share with you two videos he put out on axes. They are good to watch just because they are put out by Mors, but unfortunately they don’t seem to contain too much information that the average axe user wouldn’t already know. 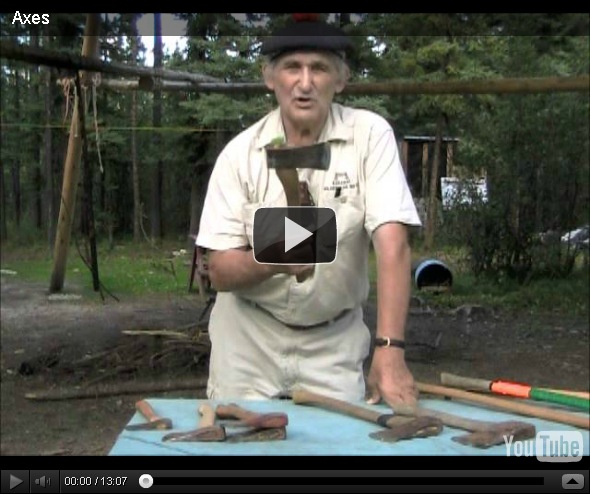 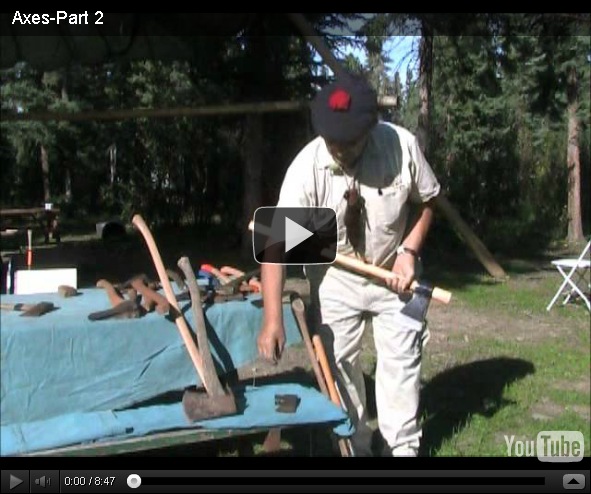 There are a few interesting things that struck me personally. The first was the horrible condition in which he keeps his axes. These are probably some of the most poorly taken care of axes that I have ever seen, and would personally consider unsafe to use. I think that at the point where your axe handle is held together with duct tape, it is time to rehang it.

The other thing is the size of axe that he recommended for survival. His choice was a Swedish army surplus boy’s size axe. The axe itself is great. I have reviewed it here before. However, under what circumstances are you going to end up in a survival situation, presumably without the rest of your gear, but at the same time carrying a 3.5 lb axe? Just seems unlikely. It is not a bad size axe to carry around with you, and perhaps that is what he intended to convey, but as a survival tool, it is just unrealistic that you would have it with you, but not your regular gear. Perhaps out concepts of survival differ.

And the third thing that i found humorous is that he pointed to some Gransfors Bruks axes and said that they are not his favorite, and are not what he would chose to carry, but that they became very popular because Ray Mears endorsed them. I thought it was a very interesting glimpse into wilderness expert “mine is bigger than yours”.