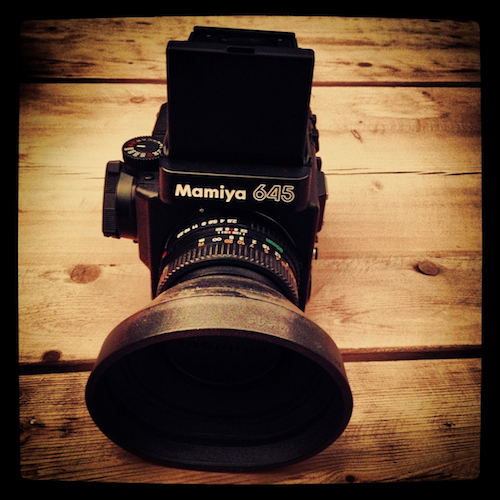 I've been thinking about my Mamiya 645 film camera and its 80mm f2.8 Sekkor for some time. It's been stored in my closet for some 20 years...virtually untouched. I had bought it at the start of my photography hobby (which it was then), and used it to learn the craft, thinking that I would continue using it...but with the technological advances in the SLRs and later on, the DSLRs...it was forgotten and sat forlornly in the closet ever since.

I believe cameras are tools; nothing more and nothing less. And I just couldn't think of a specific use for this tool. Although some photographers use it very successfully while traveling, travel photography generally doesn't lend itself to medium format cameras, whether digital or film. They're bulky, heavy and impractical in non-studio settings (or so I think).

However, the quality of its images is superlative.

It needs a bit of a professional cleaning, but before I do that, I'll try it out for a while on local mini personal projects. So I looked around and found that B&H stocks Kodak Tri-X 120 and other brands, and The Darkroom, an outfit in California processes film, and can also digitally scan the film on a CD.

We'll see if this impulse survives the coming few weeks, especially as I've embarked on a minimalistic panoply of tools, or is it just a flash in the pan.
Posted by bella at 2:00 AM