Well, winter is on its way. My mind has been drifting towards cold weather pursuits. I have a new ice axe coming in today, and have been eyeing a new set of Black Diamond crampons, which I am trying to resist very hard.

Whenever I start thinking along those lines, I can’t help but admire the people who pioneered the techniques we use today, and marvel at what they managed to achieve with inadequate equipment, but with an abundant supply of willpower.

Recently I ran across a few pictures I thought were worth sharing. They don’t actually date to the early 20th century. Unfortunately good pictures of mountaineering are hard to find from those early years, let alone from the 19th century. The images are of Conrad Anker and Leo Houlding, during their attempt to climb Mount Everest in replica clothing, worn by George Mallory and Andrew Irvine during their fatal attempt to climb the peak in 1924. 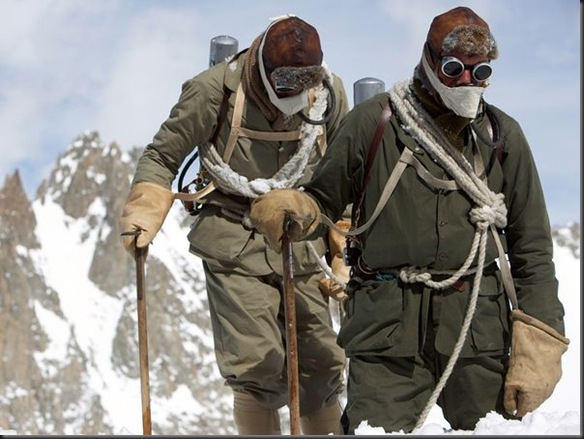 For those not familiar with the events, in 1924 (following two failed attempts in 1921 and 1922) George Mallory, with Andrew Irvine as partner, attempted to be the first men climb Mount Everest. They managed to reach their final camp, and the following day set out for the summit. They didn’t make it back. In 1999, Conrad Anker found Mallory’s body on the slope of the mountain. It appeared that he died while on his way back from the peak. It is still debated whether Mallory and Irvine actually reached the summit of Mt. Everest before dying on their way back.

Conrad Anker and Leo Houlding attempted to see if the climb could have been done with the clothing and equipment of the time. They set out in exact replica clothing and gear as that used by Mallory and Irvine. More importantly, they had to see if the second step (a steep piece of cliff near the summit on the north side of the mountain) could have been free climbed. Up till that time, the second step had only been climbed with a ladder and by a team of people who had to stand on each other’s shoulders to make it up. 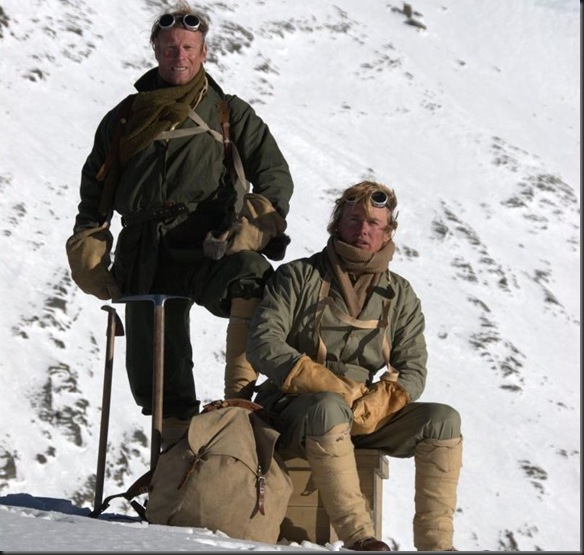 The attempt to climb in 1924 clothing and gear was soon abandoned, as it was found to be dangerously inadequate. However, Conrad Anker did manage to free climb the second step, showing that it was at least possible that Mallory and Irvine could have done it.

Anyway. Winter is on its way. We’ve already had our first few inches of snow. It is time to pull out the warm clothing and get out there.